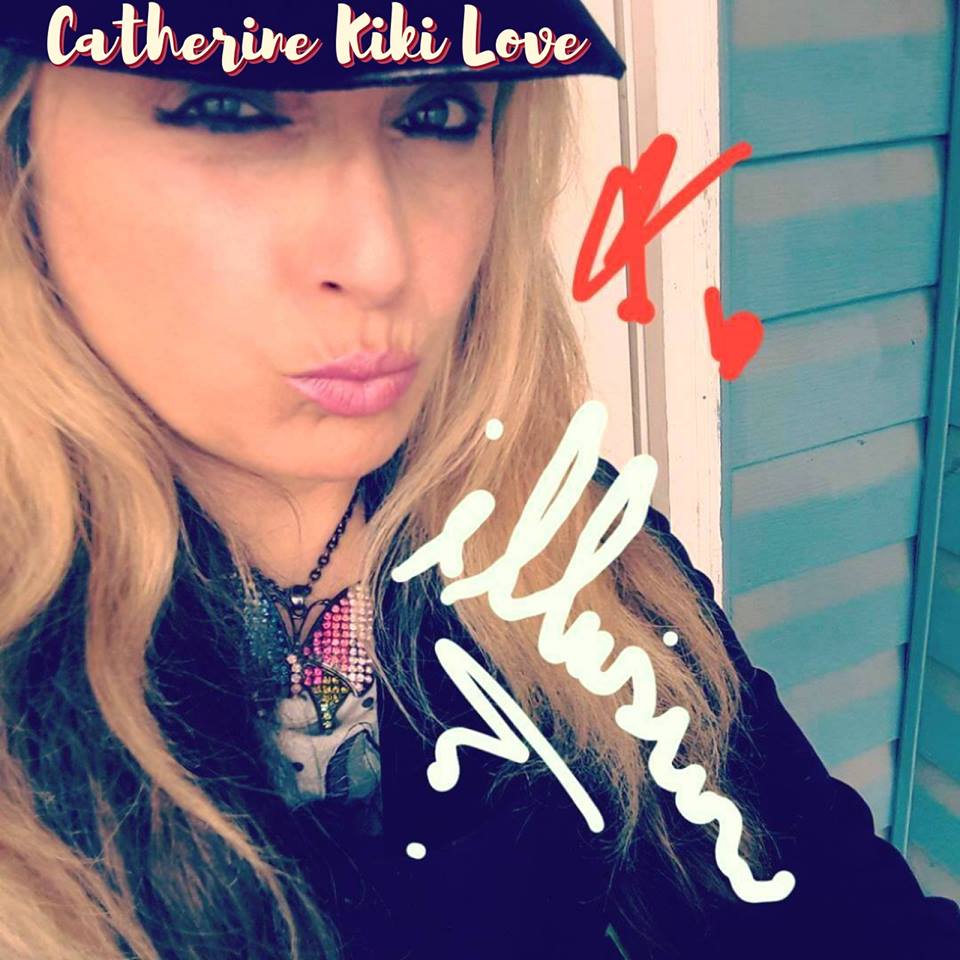 May God bless you in all the good you can do for you, and all those around you!
Now and Forever!

Marvin Campbell Jr., was born in Augusta, Georgia on 5 March 1986, same day as his father. He is known by his stage name Soup The Messenger (aka Soup), and is a lyricist and hip hop artist. His stage name arose from his nick name, which comes from his last name Campbell; like Campbell Soup.

Soup served in the U.S. Coast Guard and while in service he found himself spending every free second writing lyrics to beats with his headphones on. That's when he realized he had to follow his passion, and fulfill his destiny to make music.

After an honorable discharge, about two (2) years ago, he moved to San Diego, CA, and started pursuing his dream as a hip hop artist.

Soup The Messenger values the art, the truth, and the freedom music represents. He believes in his gift to touch people's lives with consciously sound music and creative, thought-provoking lyrics.

Soup The Messenger released his first single "Don't Shoot the Messenger" on February 26, 2016, as tribute to Trayvon Martin. Soup's inspiration for this song came from the recent events experienced with the shootings across the country, political actions, and lack of community collaboration. Soup's goal with this song is to deliver a message about the simple values in life that society seems to have forgotten about.

Soup The Messenger is working to establish strong, honest and inspirational relationships with his fans worldwide; delivering meaningful and motivational messages to all generations. His goal is to show true forgotten values of leadership, teamwork and peace. One of his biggest values is to stay humble through the growth process, no matter how high or low his success level; show fans that he stays true to his beliefs.

May God bless you in all the good you can do for you, and all those around you!
Now and Forever!

Maria Elena Sanchez is one of the Founding Partners of 24K Pictures, and Actress and an Award Winning Singer/Songwriter that was born in Cuba, raised in NYC, lived for some years in Miami, and now resides in Houston, TX. Maria Elena started her musical career in her 20’s as a solo singer - she has been a church choir director and pianist/organist, piano teacher and aside from her music, a published poet - maybe that’s why lyric writing came easy to her. Maria Elena's musical background encompasses this country's wide and diverse eras of rock music, as well as her Spanish heritage, which is demonstrated in her varied musical arrays of songs – her composition style being unique. Now she wants to share and inspire with her love of music, everyone - her goal being to have her music heard and sung all over the world.

Artist Info: I'm a composer/guitarist and my criteria is writing for film\TV and/or collaborating with other artists. Much of my music is signed with various publishing companies and producers. As well, lyrics have been written for several of my songs through production studios collaborating for the film and TV industry.

Chicago born...U.S.A reformed.
Music is Universal..P.Seeger and dylan Guthrie & Ray Davies I admire.
Original Folk-rocker who has a social conscience !

Artist MARKUSVICTORIA is from Michigan. Hailed as one of the most anticipated up and coming artists of 2018.

Chicago born...U.S.A reformed.
Music is Universal..P.Seeger and dylan Guthrie & Ray Davies I admire.
Original Folk-rocker who has a social conscience !

Patricia L. Scott also known as Patricia L. Singer/Songwriter,
Patricia L. is a song Architect. She has won awards for her songwriting ability in the New York competition A Song Is Born. She has a vast collection of finished written songs for hire that were co-written with the Legendary Bobby Eli, he became her mentor and together they have written many songs. Those songs have been recorded by up and coming artists Dennis Youngblood Taylor, Crystal Spivey and Rainere Martin to name a few. Legendary greats Double Exposure and Blues Artist Extraordinaire Stan Mosley has also recorded Patricia L’s written works.
Her hard work and dedication has afforded her opportunities to work with some of the Greats. She has also written with the Amazing Darnell Jordan of the Legendary Group People’s Choice and together they wrote some compelling songs.
Patricia L also sang in the handpicked choir for the Bill Jolly and Ukee Washington project A Tribute to the Veterans singing God bless America alongside the Philadelphia Boys Choir.
Patricia L is a Philadelphia native who has performed in several venues around the Philadelphia area Jollies at the Blockley, The Juneteenth Event in Germantown, The New Leaf Club, Club Fluid, The Arts Garage and more. Patricia L is a soulful singer but very versatile, her repertoire includes Jazz, R&B, Pop, Country, and her first love rap. In her sound, you will find a delightful mixture that is breathtaking. She is a dynamic performer that you will not soon forget. 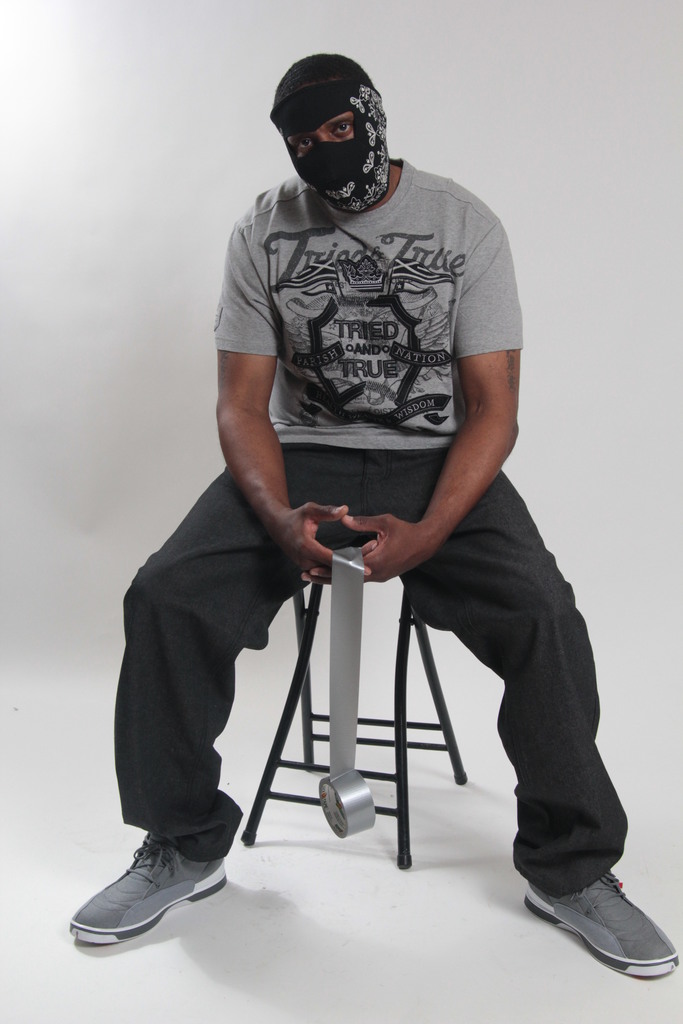 Wax’A’Don is neither a rapper nor a singer, but a high powered artist with a powerful message to share.

Wax’A’Don is most known for his unique, crafty play on words and his quick tongue. Currently one of the top up-and-coming artists in the hip-hop world, Wax’A’Don just released the hot new single "I Want U" and is sure to follow up that hit with many more. While most fans have just recently discovered his talent, Wax’A’Don is not new to the game and his musical journey began at a very young age.

Drawn to anything related to music, Wax started dancing at 7 and was embracing the musical limelight in no time! At age 9, he was performing live before more than 100 people, beatboxing while his friend rapped and at 14 he had choreographed his first dance show. As time progressed and his musical interested grew, Wax never lost his love for dance.

When he was 16 years old, a choir teacher who saw his potential made Wax enter a talent contest by refusing to give him a grade if he didn’t go. He won second place in the contest and although he never intended to sing, the truth is that nothing got Wax’A’Don more charged and determined than an instrumental and a mic. With a mic in hand, Wax felt that anything was possible!

Wax kept that mic in hand and continued to rap for years but never took it serious till a friend brought his reality to light with the question “Have you ever lost a battle, ‘cause I’ve never seen it?” and with that, a musical career was sparked! A challenge from another friend stating that Wax’A’Don would never make it in that industry without people seeing what he looked like, the car he drove, the clothes he wore, the things he had is what prompted the mask. Many people fear the mask Wax’A’Don wears stands for anything but good, but that is far from the truth. The friend that told him that the people wouldn’t like his music if he didn’t fit in with the industry’s “image” passed away some years ago, but before he did Wax promised him that he would achieve success in that industry and that they’ll know what he looks like when he gets there. So Wax wears the mask until he makes it to the top. He wears the mask for that friend and for everyone else who’s ever wanted to make it and if anyone can pull it off it’s Wax’A’Don

SINGER/SONGWRITER
TO LOVE ONLY YOU
GEORGE THOMAS

George Nevada Thomas has a voice in contemporary rock 'n' roll music today. Songs such as "The Desert," "Only You ," "Hold On," and "Over the Line" have enhanced his reputation with a growing number of fans.
Typical comments on his first entrance in the public arena of radio: “Love your voice” I Love Your sound” “Unique” Hauntingly Perfect” He loves to write popular songs and has three albums playing on all major venues: Only You, Over the Line and In Another World, his Group, “Ya On Fire” has reformed as “Ya” __ George Thomas’s video “Getting Married Tonight” caused a tsunami of controversy because he incorporated photographs of gay couples who married as part of his video. I thought it was the only fair thing to do!, He said.
Read more: George is a x school teacher in Boston and has won various awards in
Commercial Art shows and Film festivals. When question about his greatest
achievement and joy in life: That’s easy!, raising my children.

The intro was mysterious and alluring and it made me interested in continuing to listen to the song. The lyrics were kind of sad and dark, but I liked the song. I could relate to the words in this one. The singer's voice sounds raspy and I like the uniqueness of his voice. I also like the arrangement of the song because the beat didn't clash with the vocals. Great song! I would definitely add this one to my playlist.

It appears that congratulations are in order! We have been informed that your song ‘Between The Moment’ received a very strong listener response in its first month of heavy rotation on five stations. This response has come in the form of heavy listener requests and tune-ins. This is great news and a strong indication that you’ve got a potential hit on your hands. Please click here to view your spin report summarizing the first month of airplay: www.theakademia.com/spinreports/GeorgeThomas-BetweenTheMoment-Phase1.html

Mia Lynell is an r&b pop/soul singer /songwriter. She is from Chicago, IL where her dream of being a singer began at age 8. she has always been a performer, singing for anyone who would ask. As she got older she showcase her talent more at open mics. Mia has a very unique voice and her music is very diverse. She relates to all people because she has been influenced by artist in all genres. Her biggest influences are Toni Braxton, Beyonce, Aaliyah, and Rihanna. now she is working on her first official mixtape. Lookout to see and hear more from this rnb diva.

CONGRATULATIONS TO ALL XMA-MAY 2017 WINNERS!!!

Hey guys!!Wassup, KeKe here and I'm back with some fresh and new music for my 1st EP R&B Release "NO CAP", COMING Feb.14, "Valentine's Day". With the help of some talented music producers and myself I was able to finally complete this. Thanks a lot to everyone for their support and sticking around with me! Hope you enjoy this short album. Love you guys. Please check out the promo video link below and stay connected EP coming to all major platforms!!!Also Follow me if you don't on social…See More
22 hours ago
0 Comments 0 Favorites

Talisa is now friends with Stephen Richards and Dave Fox