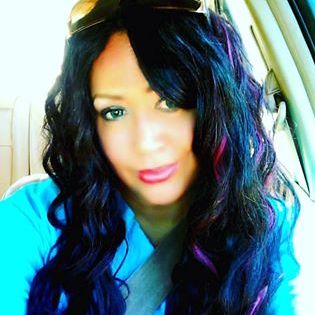 TC Eckstein, Vocalese is a Jazz , Neo-Soul /Hip Hop, Inspirational, Multi-Genre SOLO/ COLLABORATIVE Multi-Music Award Winning Recording Artist with Studio Rebels/ POZE Records and PozeProductions.com VIP Artist / Partner. Ambassador to Black Women In Jazz & the Arts Division (WMASS/ Northeast ) . Host at Focus Springfield Community TV for TC ECKSTEIN'S 413 COMMUNITY CAFE VIA:COMCAST. Produced by Nathaniel Patterson of Solo Productions.
Nu-Soul Collective Associate. A Lead Vocalist: Rick Eckstein Jazz Quintet/The Kevin Sharpe Group/Avery Sharpe Extended Family Choir/ Solo Perform/ Recordings! Favorite Quote: Hebrews Ch:11 Faith is The Substance...
Joel 2:13 Return to The Lord your God....
(" Just have to check it out"!)
* ♫•*¨*•.¸¸Ƹ̵̡?
I am very Blessed to be a part of the musician world of POZE PRODUCTIONS. I look forward to networking with musicians as I am a SOLO recording artist working with Studio Rebels I am Grateful For Much Of The Love n Motivational Support of my Sister/Cousins Charlotte Carolle and Arnaldo, Dakota, Lily-Almonte and Gary Eckstein.
I Fell in Love with Music since infancy, My Parents told me It was the only thing that soothed me and gave me vivid beautiful dreams as I grew and it became my place of Tranquility and Equilibrium. I have had a love relationship with God and Music that no other relationship could ever rise above. No matter what was going on in my life music always had a place that gave me wholeness, self expression and self-esteem since early Childhood.
I
I
I
I
I
I
SINGER/SONGWRITER
FOOTPRINTS IN THE SAND
PIET LOUTER
Born in 1953 I started making music (my first love) from my childhood up. When I was 15, I wrote my first songs and I went on writing better and better, resulting in recording a single in 1977 at EMI. Meanwhile I was a singer/guitar player in several cover-bands but in 1987 I was tired of making music and it was time to do my second love; working on a farm.
For twenty years I spent my time with driving tractors, milking cows and all the other hard work as a hand.
But blood is thicker than water and like many other musicians and that age, I got a mind to make music again.
Earned enough money for living for the rest of my life, I made myself familiar with digital recording with endless possibilities, wrote new songs and in 2012 I had enough stuff to release my album "Footprints In The Sand", which I only released regional.
And I went on and on, writing new songs and recording and this year I finished my new album "The Fair Story".
It's the fair story about power, religion, indoctrination, oppression, exploitation, the human race, overpopulation, people, death and believe in god.
In 2016 I worked on a remix of my album "Footprints In The Sand", as I was unhappy with the sound of the 2012 version and brought it to the world in the Fall of 2016. This album is about my life, starting on how I returned to music after a twenty years intermission. Then it's about some events in my life losing some beloved friends but also about nature and how I think about life and death. Futher on, on this 16 track album, it sounds like a parting, but I hope it's not!
I
I
I
I
I
I
I
I
I
I 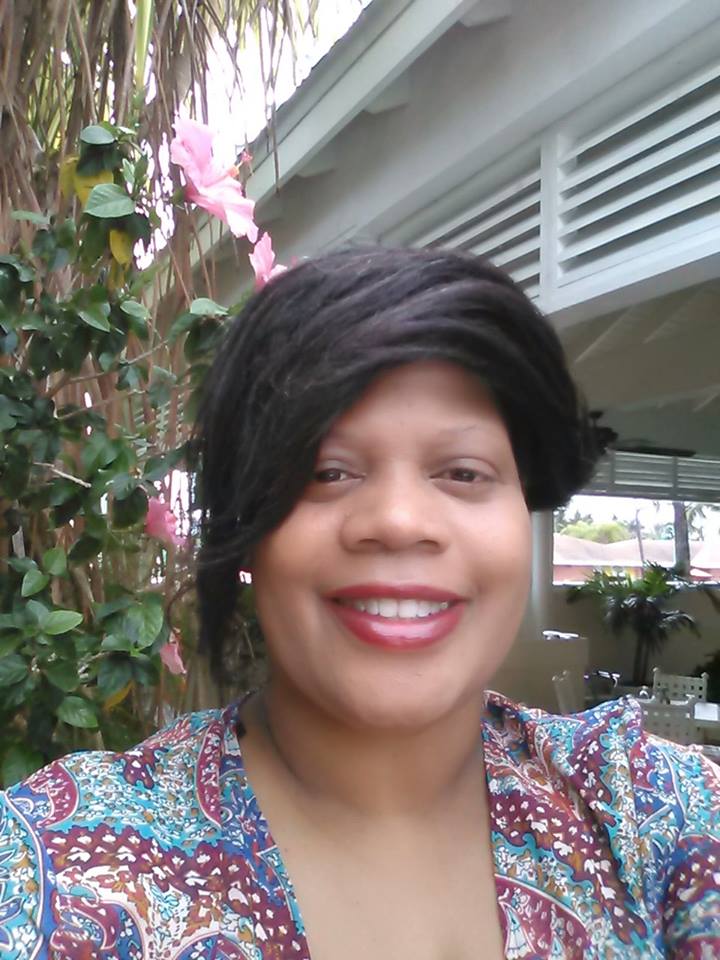 COUNTRY
BUTTERFLY FEELING
VANESSA LAVOIE
Vanessa Lavoie was born in Gatineau, Quebec in 1994, She is a country singer/songwriter and composer. She has won several singing competitions in which one of them was to open in front of 90,000 screaming fans for "Simple Plan" and she was given professional contracts to sing in different festivals and shows.
To date she has over 500 stage performances. Under new management in the U.S. she was taken to Nashville to record her 2nd album and has recently been nominated for Best Country song in the IMEA Awards with "Butterfly Feeling," and she has also won Best Country song in the Akademia Awards with her song "Butterfly Feeling" written by her manager Jim Richardson Jr. On Vanessa's new album is a song written by Nashville's famous Country writer Bobby Fischer who after hearing Vanessa's power and talent he contacted me (Jim Richardson Jr.) to have one of his songs recorded on the album. Bobby who doesn't give his songs away to just anyone has songs recorded by Celine Dion, Reba McIntyre, Conway Twitty, and the late Mindy McCready whose album went platinum with two of Bobby's songs on it, and many, many more. Bobby Fischer's words about Vanessa are this " Vanessa is a great Country artist in our future."
The new album is due to be released soon in the U.S.A. with a soft release coming Dec. 3rd in Quebec, a show and cd sales only, and a full release party in late January in the U.S.A.
She will also be touring the U.S.A. soon as her new management is currently putting together a list of venues that will take place in 2017.
I
I
I
I
I
I
DANCE
ROUND AND ROUND
THE UNCLE EARL & DJ BRASILEIRO

Lacy Darryl Phillips aka THE UNCLE EARL, an Award Winning American Recording Artist, Songwriter, Producer, Actor, Radio Personality & DJ. DJ/Producer BRASILEIRO was born in Sao Paulo, Brazil and grew up in the Netherlands. They teamed up to create this energetic and uplifting electronica house dance anthem. 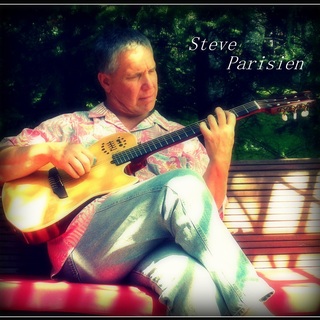 I'm a composer/guitarist and have many of my songs on the airwaves worldwide. Some of my tunes have been signed with various producers, publishers, radio execs. etc. I have and continue to collaborate with other artists which is the criteria of my writing.
I
I
I
I
I
I
FOLK
GOIN, GOIN, GONE
IRENE LELAND

I love music, I produce, write songs, rap love to perform I draw love art and I would like to see what I can do if I ready had the opportunity to follow my dream. I'm from Chicago Illinois west side love it but I wonder sometimes if I was rich can I make a difference in my community.
I
I
I
I
I
I
INDIE
FREEDOM
POET JUST ROBERT 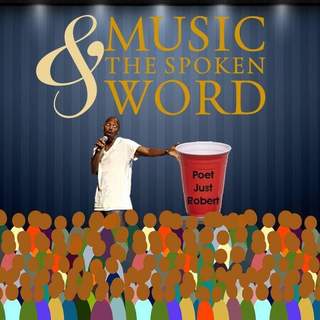 I'm a composer/guitarist and have many of my songs on the airwaves worldwide. Some of my tunes have been signed with various producers, publishers, radio execs. etc. I have and continue to collaborate with other artists which is the criteria of my writing.
I
I
I
I
I
I
POP
I NEVER THOUGHT
JAY'E R

R&B and Pop singer Jay'e R. is from Charlotte NC. Hitting the music scene in 2013 as an unsigned artist, Jay'e R. wrote, recorded and released several chart topping songs. In 2014, Jay'e R. signed with Independent label Tate Music Group and spent the next year writing and arranging his album. In the summer 2016, Jay'e R. released his debut album, Like I Love You. The album debuted at #1 on iTunes New Release Top 100 Albums charts and iTunes New Release Top 100 Pop charts. Like I Love You also generated five consecutive #1 songs on the NC Independent Pop charts and grabbed Jay'e R. a Queen City Award nomination for New Artist of the Year.
I
I
I
I
I
I
R&B
UNDERESTIMATED
SIMPLY T

Andreas is an Austrian-Hungarian musician who lives in Vienna. Andreas has learned guitar playing of a nun many years ago, and he is writing all the songs of the band.

(Béla was a member of very famous hungarian group called  Fresh Fabrik since 1998. He toured in many countries like Australia, England with Rammstein and AC/DC ) He has made the album of the year in Hungary in 2000. He works since 2008 as a producer as well , where he already achieved many international award for his compositions for commercials.

Zsolt is a master of british and american guitar sounds. He played in the group Beathoven before.

The Bandys was formed in 2010. The first song of the group “Believe in peace” has made a semi final at the UK Songwriting Contest Rock Category in 2011. In this year gave the band his first concert in Vienna, Austria.

In 2015 made a UK producer Matt Mosquito a remix of one new Bandys song “Fortune Teller” which has been on the 1st place for over 5 weeks on the reverbnation.com charts for Austria. The same song has been also in the semi final at this years UK Songwriting Contest in England.

The Bandys joined the famous Harlem Gospel Choir from New York for 4 concerts on their tour in Budapest, where they even played a Bandys song “There could be heaven” together.

The Bandys won an Akademia Award in Los Angeles, in the category Best Rock Ballad in January.

The Bandys were playing  2 concerts exclusively on the “One Voice” Tour of Brian May and Kerry Ellis as a pre-group in march 2016.

CONGRATULATIONS TO ALL XMA-JANUARY 2017 WINNERS!!!

Kent Malveaux jr left a comment for Blake Jordan
"Love you too bro! Thanks for the support <3"
22 hours ago

Created by Harmony Synclaire Dec 24, 2019 at 3:32am. Last updated by Poze Productions on Saturday.