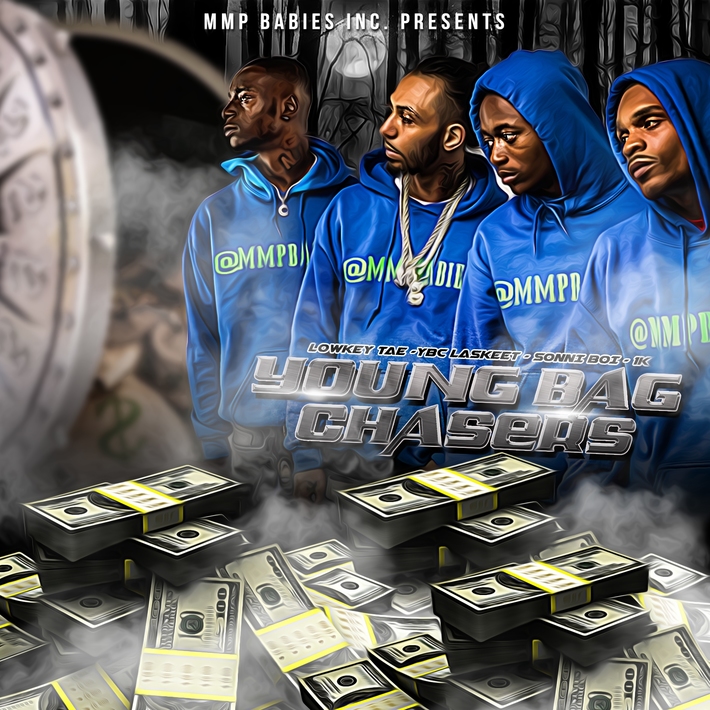 Louisiana has produced some great hip-hop legendary movements such as Cash Money Records, No Limit Soldiers and thats just to name a few that gave the world a glimpse of what the city has to offer through music. Its 2021 and some fresh talent is on the rise. Money Makin Project Babies (MMPB), a new movement soaring out of Louisiana, with a mixture of New Orleans and Baton Rouge. The group is making some major moves in the south and is gearing up for the world to get used to them. The rap group consist of four primary members, L0wkey Tae, Ybc Laskeet, Sonnie Boi, and 1K The Greatest. The MMPB movement is managed by model and business extraordinaire StoneKold Foxx, along with business associate Daze of Scrilla Guerillaz Ent. and Magazine. The group is fairly new but have been killing it with they latest record titled “Young Bag Chasers”which peaked at #19 on the hot new Rap charts in Chicago alongside artist like Pop Smoke, Kodak Black, Da Baby and a list of others. One of the best key elements of this group is every artist has their own individual presence in the group and it is a unity vibe, no one man tries to outshine the next.

L0wkey Tae states his motivation comes from a promise he made to his sister (Smoke) who is currently in prison serving a 10-year sentence. He was just 15 at the time and she was 16. She is currently being held at Arrendale State Prison. Every member of the group has their own story and background, but the grind is of them remains the same “Go hard or Go the fuck home”. Ybc Laskeet states his motivation comes from the death of his brother, as well as himself surviving from being shot and stabbed. He understands his purpose is bigger than the trials he faced growing up. 1k The Greatest and Sonnie Boi’s motivation comes from their love of their people. Money Making Project Babies is family and that alone pushes them to be better as artist. Pay attention to what these young boyz is doing because we can guarantee they will set a new trend and stamp their name in the music game. Money Makin Project Babies (MMPB), get familiar.