From sacred ceremonies to beach raves, Leonardo Prakash’s instrumental music has traveled the globe. Now, he debuts his first album of songs with “Dry Leaves” 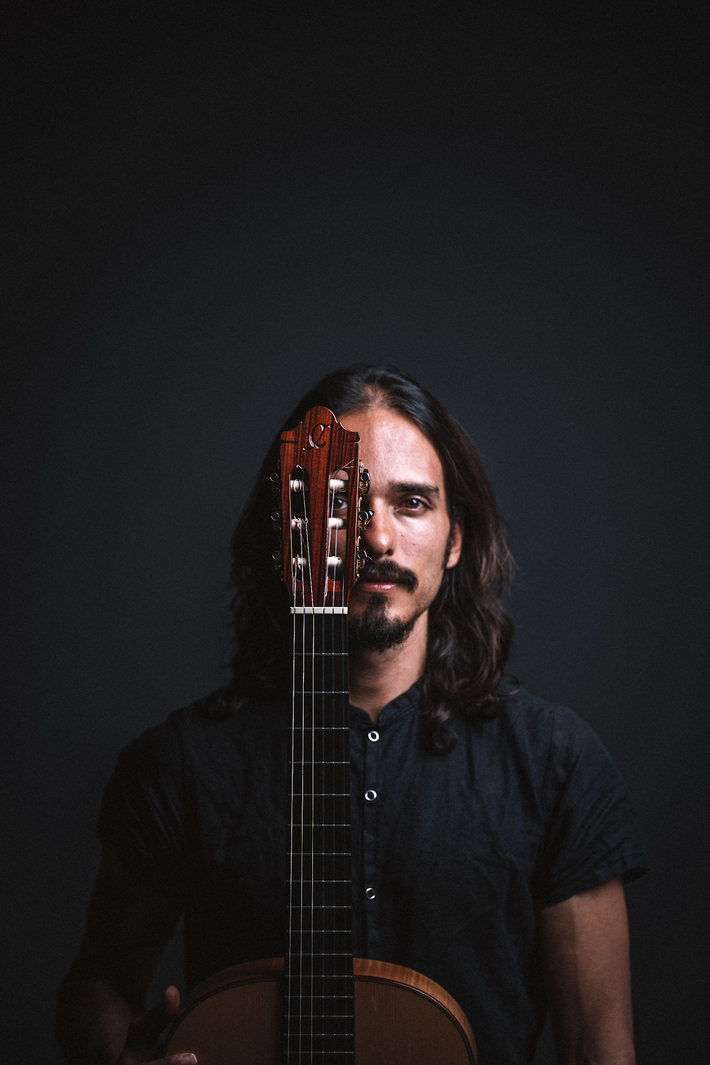 TULUM, MEXICO – Leonardo Prakash is rare and ineffable, both as a person and a musician.  “I am a Pisces with ascendant Virgo. So I come from the water to the Earth,” says Leonardo Prakash.  “I don't know if this means something to you, but it makes a lot of sense in my life. I am becoming more and more grounded. I used to have more water and air, spaced out and in the ethers.  You had to send a message three times before I responded.  My music was more ethereal with a lot of improvisation, but now I am focused more on the structure and the message of my music. I never thought I would have the courage to sing.  Last summer  I saw where the world was going, and I said okay I have all  this music, it would be crazy not to share it.  So here it is.”

Leonardo Prakash became a global sensation with his improvisational instrumental music, playing sitar, guitar and flutes.  A favorite at festivals from Tulum to Ibiza, his music has been the soundtrack of sacred gatherings and all-night dance sessions.  Now, he turns to songs with his first release as a singer-songwriter on Dry Leaves.

‘Dry Leaves’ shines a light on Prakash’s intimate life experiences, music born from breakthroughs and realizations inspired by nature, fatherhood, and his personal journey as an artist. Produced and recorded in France, this collection of songs reflects the path of a curious mind, a traveler and lover of life.

Classically trained in his youth in guitar and sitar, harp, flute, and jarana jarocha, Prakash’s unique musical voice has transcended his traditional foundations.  His music experiments with the fusion of the intrinsic sounds of these instruments.

Prakash is the proud recipient of the FONCA (Mexico’s National endowment fund for culture and the arts).  Throughout the years, Prakash has collaborated on a wide array of musical projects and has toured in Europe, the US, Canada and Mexico. His collaborations span many genres with artists such as Bogdan Djukic, Jesus Mejía, Mitote Jazz, Jorge Pardo, Historias de Radne Krishna, Mar De Leva, Ganabia, Elamir, Mirabai Ceiba, Jai-Jagdeesh, and Snatam Kaur, amongst others.

MusicSister and Talisa are now friends

Norus May posted a song

Sissi updated their profile
23 hours ago

Sissi and Dezignated are now friends