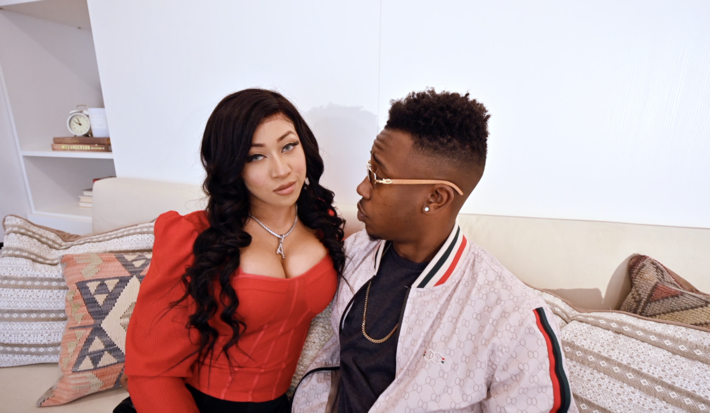 Vandes grew up in a world of diverse sounds. He is an artist hailing from the culturally diverse city of Chicago, Illinois. Jackson began making music over ten years ago in a home studio attic. He draws inspiration from artists such as Timbaland, Kaytranada, Thundercat, Metro Boomin, and Travis Scott. Influences of Jazz, distinct melodies and odd textures of beats coexist into a whirlpool of elements and sound. Vandes’ music is widely considered ‘underground’ musically within motion – but the obvious truth, there is a peculiar appeal, and charm to his music that has been proven to attract listeners of all genres.

Chicago Native “Vandes Jackson” releases the visuals for “Old Dude”. An incredible record! You can definitely feel the energy from the production to the lyrics. Vandes shows a smooth side of a city that’s mostly known for drill music. It's safe to say versatility to the finest degree is the code of ethics Jackson has followed as he continues to show the world just how dangerous he is musically. Written by Vandes, Produced by level, he is no stranger to wearing multiple hats. He is currently working on new music to be released in 2021 linking with some of the top Artists in the industry. Watch “Old Dude” now on @Youtube & follow this rising star.

Rising artist $tephon Broadway just dropped a hot new single titled "Run It Up". Check it out below and follow him on social media for his latest releases.Connect:IG: @StephonBroadwaySee More
14 hours ago
0 Comments 0 Favorites

Have you heard of California Christian Hip Hop recording artist Nu Tone? If your answer was no, you’re totally missing out of some great music. With his strong work ethic, inspirational words and determination to spread the Lords message Nu Tone is preparing to release his brand new album titled “BANDITO”. His latest single “El Rey” featuring Dj Mykael V and Jay Steezy is on the album and it is a must hear! Check out “El Rey” now available on all streaming platforms and be sure to follow…See More
yesterday
0 Comments 0 Favorites

Gihlatine is now a member of Poze Productions/Poze Records Inc..FREE TO JOIN
Wednesday
Welcome Them!

I have to be honest; this one is the freakiest band that I have ever eared so far.Here we meet Cedric, an ordinary young man with extraordinary super-determination and speaker of truth in a truth-less society.His prophet approach in an irreverent world, merging freedom of speech with an…See More
Thursday
0 Comments 0 Favorites

Haze OPC - "You Smile I Smile You Cry I Cry"