HIP-HOP
WAYNE MANAGEMENT
WE ARE COMING 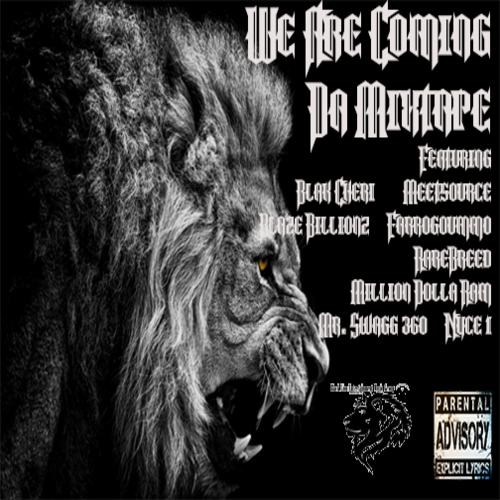 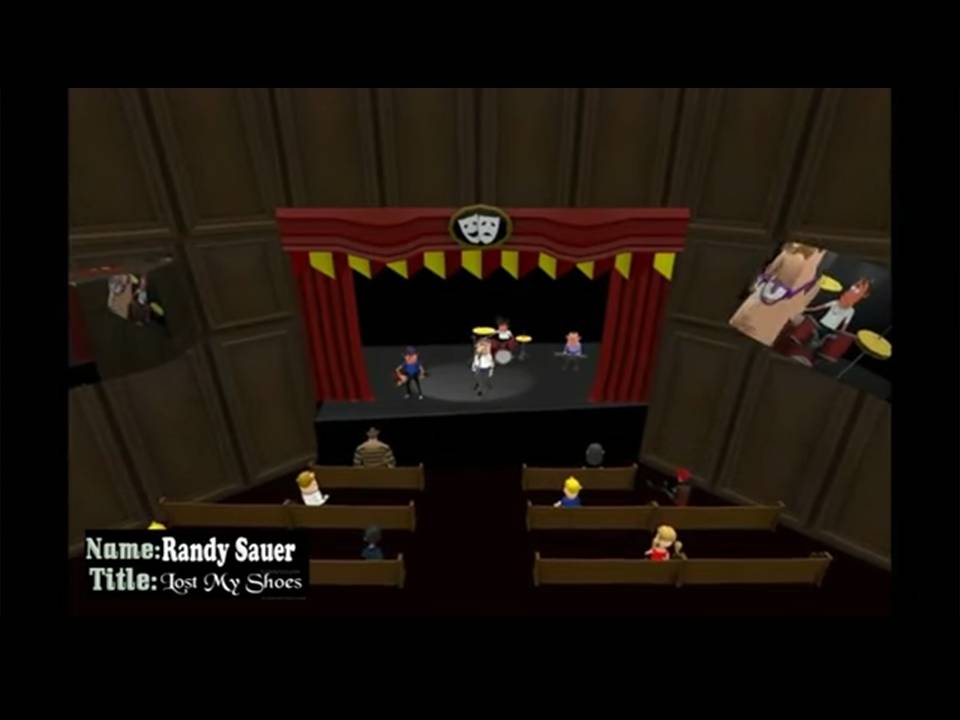 Name of Song, Album, or Video:  Lost My Shoes

Info About Artist/Group: Randy's Music Jam is an Award Winning Children's Group.  Randy Sauer writes original children's Music and performs across the midwest at many libraries, town celebrations and concerts. 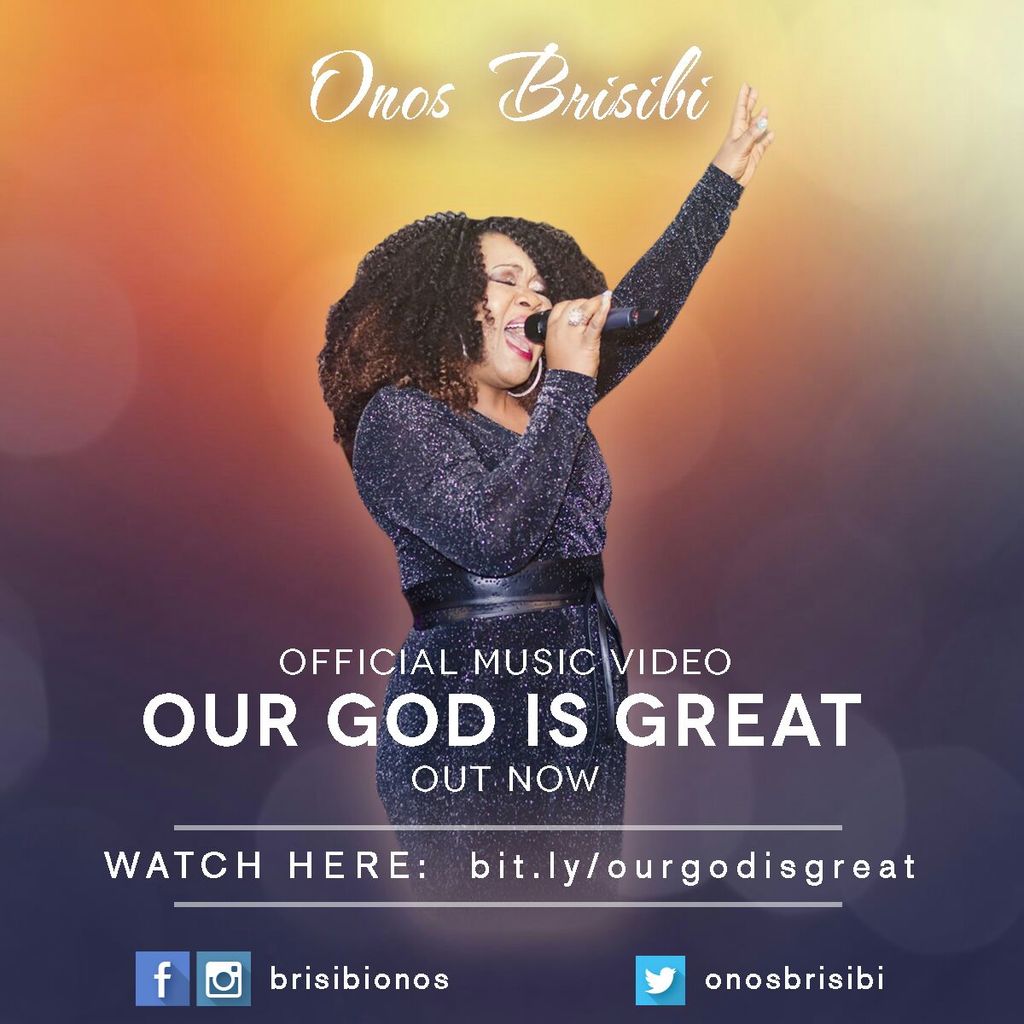 Info About Artist/Group:  Randy's Music Jam is an Award Winning Children's Group.  Randy Sauer writes original children's Music and performs across the midwest at many libraries, town celebrations and concerts. 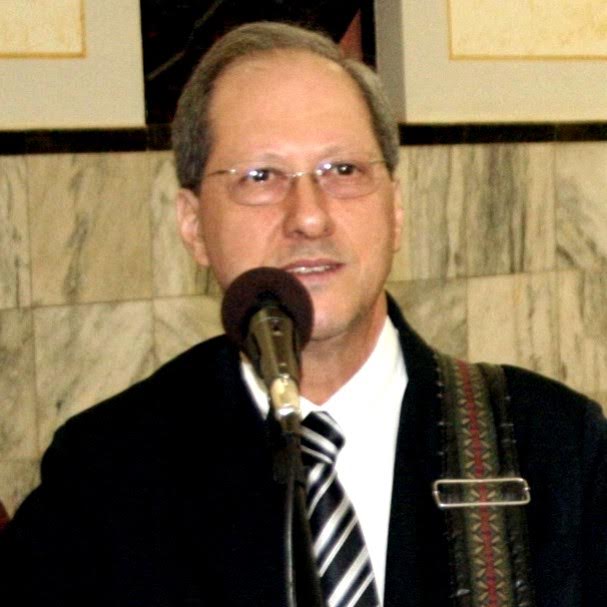 Artist/Group Name: Luiz Antonio Bergonso
Name of song: Minha Esperança é Você
Info About Artist/Group: Born on 22.12.1952 in the town of Palmital (SP) Brazil, is the grandson of Italian and Portuguese immigrants. The father was a singer and instrumentalist. Singer from the 08 years of age, the Choir of St. Sebastian Church in Palmital (SP), where his father was an organist, he developed the art of music, also learning to play guitar when he 11 years. His first public performance was at 08 years of age, in a musical form of theater in his hometown. First participated in a Festival of Music at age 16, in the First Festival of Popular Music of Palmital (SP), where he received the award for 4th place. Composer and performer, has participated in many festivals, popular and sacred, from his youth. Recorded in partnership with his friend (Paulo Roberto Silva), an LP in 1982 entitled Acorda, Povo!, which included two of his compositions: Mensageiros do Senhor e Rumo à Liberdade. He also composed the song Meu Velho e Querido Imigrante, in honor of his grandfather, an Italian immigrant, portraying a bit of his life and sufferings of migration, taking with it part of the festival Canto of Brazil 4 (1984), Fortaleza (CE) sponsored by Bank of Brazil. It also has a track recorded with Paulinho, the LP Cante Terra II, Music, America, Lamento e Esperança (composition Carlos Aleixo), Campo Mourao (PR), the ranking among the 12 songs in the finale of the Festival of Native Music Rio Grande in 1988. In 2002, he recorded with his daughters, the song "Ó, Cruz de Amor!", the composition of the group Les Messagères Notre-Dame, Quebec, Canada, that has been well accepted internationally. Winner of several awards by Poze Productions/Poze Records of Chicago, in 2013, 2014 and 2015. Winner of several awards by The Akademia Music Awards of Los Angeles, in 2013, 2014 and 2015. Winner of Annual Award 2014, in the category Inspirational Christian & Gospel by Poze Productions/Poze Records of Chicago. Formed in musical theory by Municipal School Leonne Di Biaggio of Campo Mourao (PR). Makes volunteer work at the School APAE - Association of students with various disabilities in Campo Mourao (PR), in the musical area, accompanying the students in presentations and festivals. Participates in the music ministry at Cathedral St. Joseph in Campo Mourão (PR) Brazil, Wedding Ceremonies, Events and Shows.
I
I
I
I
I
I
I
I
I
I
COUNTRY
THOMAS
HOLD ON TO ME 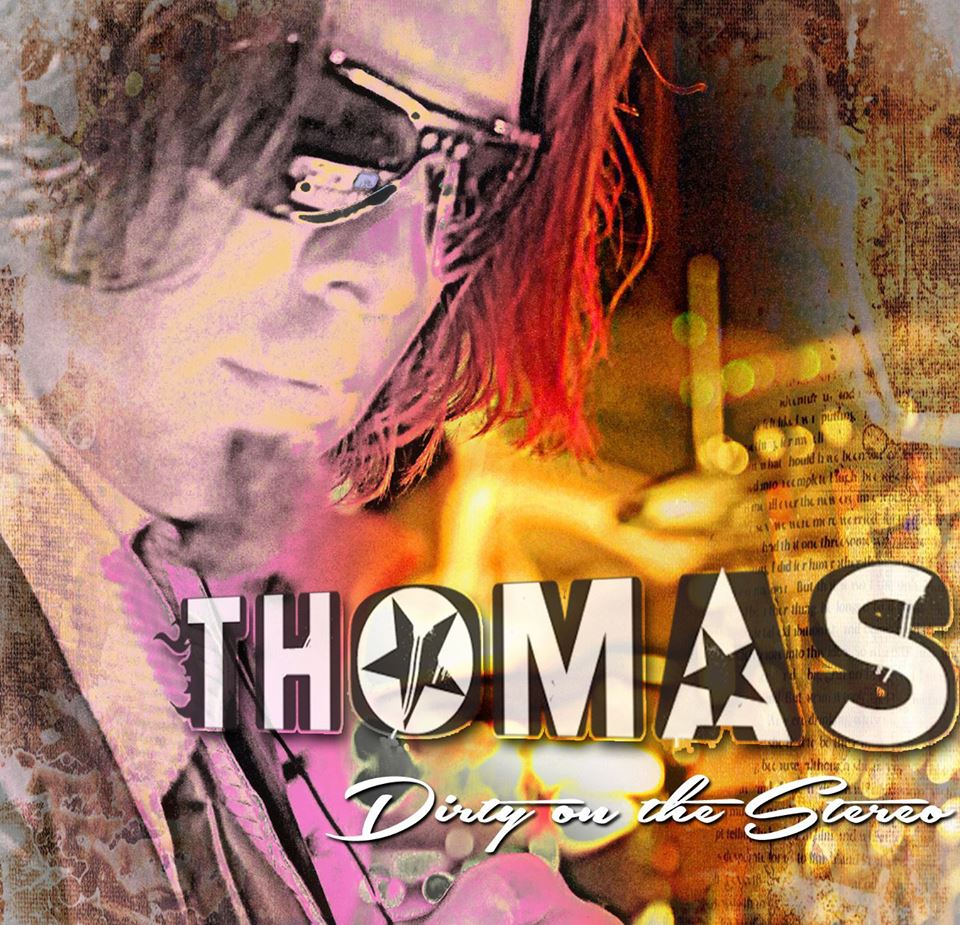 Name of the song: Hold on to me 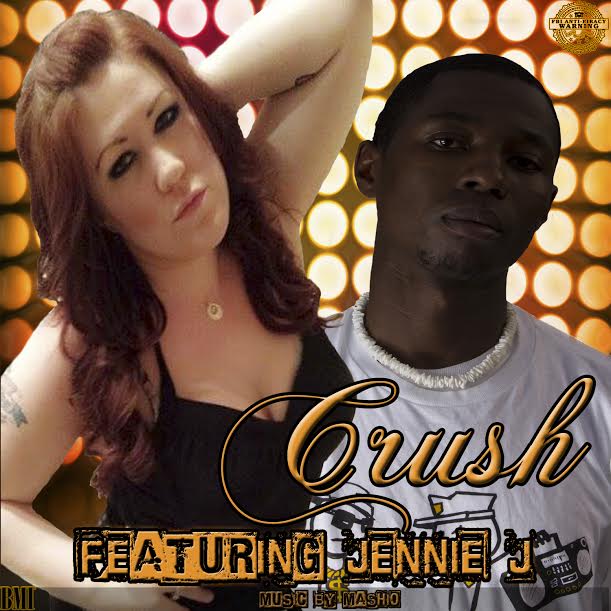 Name of Song : Crush featuring Jennie J
Submission Category : Hip-Hop
Artist Info : Born March 26, 1986 in Longview TX, rapper Rawboss born Christopher Ford, raps about the world and changes he wishes would happen while trying to shake the street life that he can't seem to escape. His goal is to be able to promote a positive message and spark minds both young and old as a social activist. 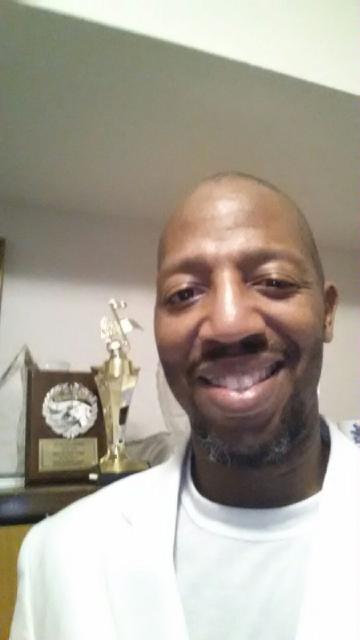 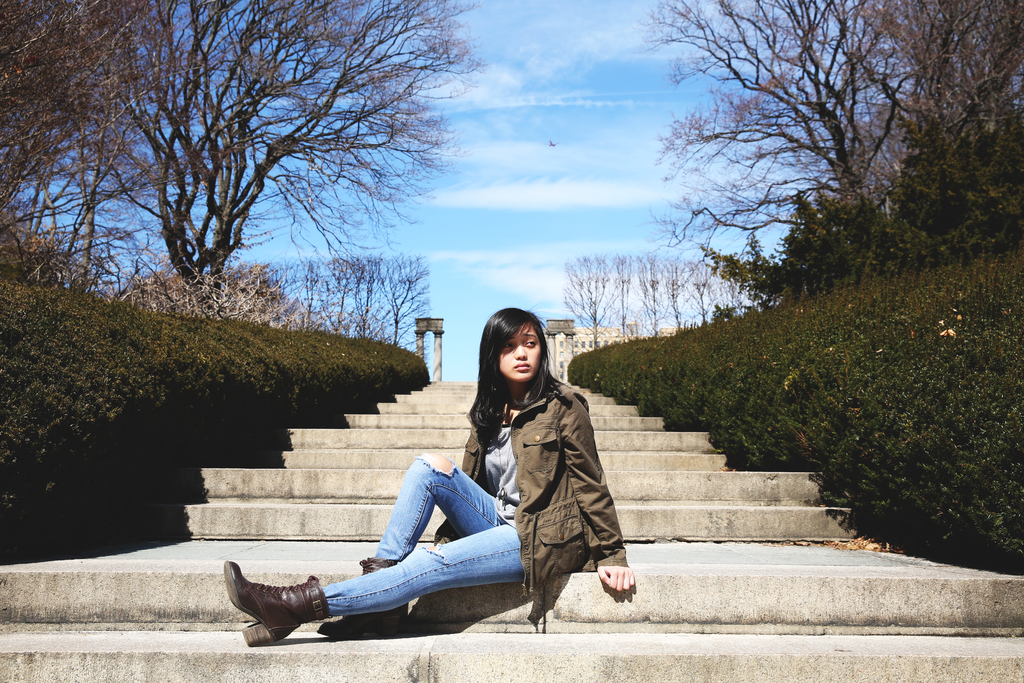 “Life is incomplete without music” a simple but profound choice of words from a 14 year old. Kayla Katelyn Cariaga known as Kayla C. fell in love with music from a very young age, inspired by family, friends, culture, and music was a natural magnet. Born and raised in Suffern, New York till the age of 6, Kayla was closely connected to the history of her parents’ upbringing and began to nurture a passion for music with the constant stimulation from a history rich in cultural festivities and art. She spent most of her adolescence in Orange County, NY with her mother and father.

A former student at Monroe-Woodbury Middle School, she was deeply involved in every aspect of their musically affiliated opportunities. This sparked an interest in her hunger to learn the intricate techniques of playing several instruments including the guitar, piano, xylophone, and drums. She absorbed every note, every chord, and every scale with ease. With the support and encouragement of her parents, Kayla began to experiment with the art of writing and composing music. By the age of 12, she wrote her first song and about a year later she has released her very own self written and composed single, “Everything” on iTunes on the 28th of September 2013. A few months later, Kayla followed up with another single titled, “Snowflake” just in time for the holidays. This single was made available on iTunes, Amazon, Rhapsody and many other online music distributors on the 23rd of December 2013.

Kayla’s process of creating music is driven by her surroundings and feelings; she draws inspiration from her art. She enjoys using forms of art as an outlet to turn any sorrow to joy. She often referenced her knowledge of poetry to write, throughout the years she has learned the proper techniques of song writing but continues to write from her heart. By age 12 Kayla began performing at Nursing Homes and participating in musical productions. At age 13, she started performing at charity events, various café’s, lounges and restaurants in Orange County, Rockland County, New Jersey and New York City. At the same time, she started writing new songs again. Currently, she is a freshmen at Monroe-Woodbury High School and has already been involved in the school’s musical program and had been a part of Orange County All County Chorus. And just recently, she released her new EP titled “Memories” on the 8th of May via iTunes. This was also made available for distribution on Amazon and other participating online music stores.

This warranted Kayla additional opportunities. She has since been approached and asked to perform at private parties and gatherings, town festivals, and organizational events. Kayla is humbled with the opportunities presented to her and is greatly appreciative of having to go through this experience. This is just one step closer for her achieving her goals and reaching her dream. This journey, has brought Kayla to where she is today, filled with passion, music and colors in her soul. 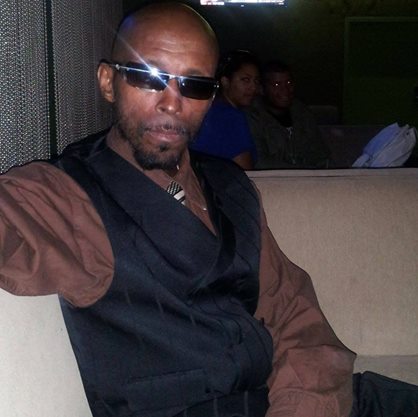 ​Good afternoon,
Please be advised that I have submitted the following single to you for consideration for the X-Pozing Music Awards
Submission Type:  Single
Song Name:  WE ON IT (Song is lead song on my profile page)
Contributing Artists: Rarebreed (feat. Farrogoummo)
Contact information:  Wayne A Jones, CEO Wayne Management Company
I
I
I
I
I
I
I
I
I
I
SINGER/SONGWRITER
ENTYCEE
JUST LISTEN 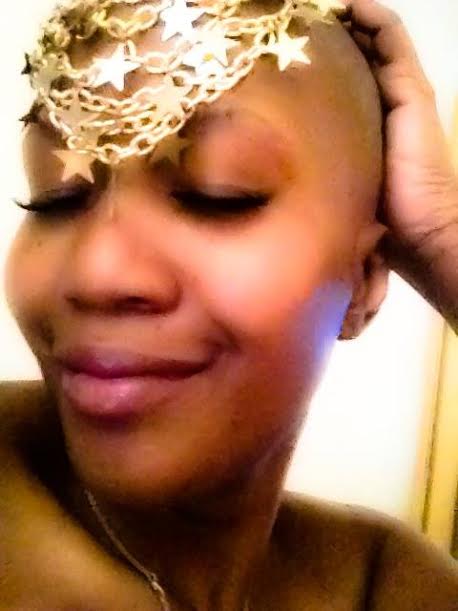 ​Entycee
​
Born and raised in Pittsburgh PA singing and writing since the age of 7 this Indie Artist
Sang for The Late Great Phyliss Hyman.
With old school  R&B vocals. Mixed with new original sound
Her influences
Influences The late greats Tina Marrie, Vesta Willams
Beautiful voices  of today include, Chantee Moore, Faith Evans, Miki Howard, Leldise  just to name a few.
Origanial singer and writer of her own material, and records her vocals the old fashion way with no vocal work stations or auto pitch machines.
Set to go on the Poze Prduction Tour and set to share the stage at the Back On Top Tour with Klymaxx, Dru Hill, Silk and other big names starting in Forth Worth Texas 9/11/2015and ending in Las Vegas. and auditioning for the voice on July 19th 2015 in New York.
She is not only a multitalented artist, but one to be on the look out for
Contact Information; Entyceemusic Entertainment
I
I
I
I
I
I
I
I
I
I
SPOKEN WORD
POET JUST ROBERT
WHAT SHOULD I DO 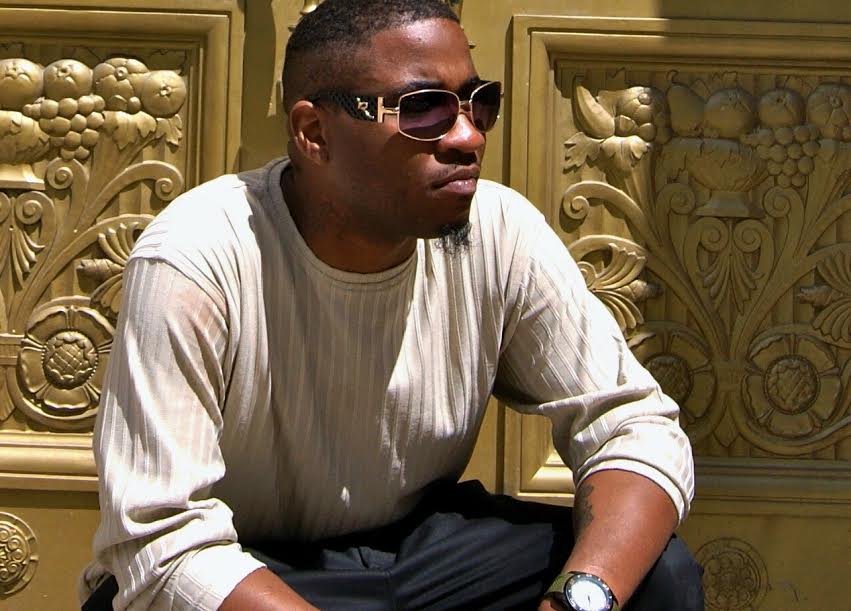 BLOW_FLYY,hails from Halifax/Dartmouth Nova Scotia Canada, is a poet and this shows in his lyrics and the style in which he writes. He is a rapper for a new age, refraining from vulgarities and rapping about what’s in his heart. His songs are clean, simple, and catchy. Because of this and his obvious talent, it stands to reason that this is an artist worth betting on.

Blackwidow  is a very unique female artist that posses original music unlike any other. Love Child's talents goes way beyond those of your average female MC's .
Blackwidow  energetic and intrigueing personality has given her a large ans devoted fan base with ground breaking production skills of original sounds that have crossed the north,south,east and west coast.
This gifted MC can reach all listerners from thugs to politicians, young and old ; lazy to crazy. Blackwidow  message is considered hardcore yet passinate with a co-science of giving her listerners the truth without repeating the same topics that have already been discussed .
This street Queen brings live wire entertianment on and off stage that sets her aside from the rest. The combination of talent , raw lyrics ,production skills and stage presence has made her an elite artist in the music industry
Read more: Blackwidow Love Child | Hip Hop from Eufaula, AL

CONGRATULATIONS TO ALL XMA-JUNE 2015 WINNERS!!!

Sorry i missed out on claiming my award just got in off the road on tour. I know i passed the deadline but thank you it is an honar. Also thanks that i am a nominee for the 2015 X-Pose-ing awards event i will look forward to attending on november the 5th in chicago.

Thank you so much for this opportunity and we are so grateful and humbled in receiving the award for Billy Ray aka Bambu's song/video "On The Line"...Blessings to All Winners and Judges!

Many many thanks to the judges, and congrats to all who won awards. You all are priceless and I look forward to taking the stage with you all at the awards show. WE DID IT AGAIN YAAAAAA.

Thank you to all those that won and a special thank you to the judges who voted WE ARE COMING Best Album and WE ON IT by Rarebreed Best Hip Hop song.  We are humbled and look forward to more success!!!

Congratulations to all Winners! Success to all!

CONGRATULATIONS TO ALL! DON'T FORGET TO CLAIM YOUR AWARDS--THIS IS YOUR BIG MOMENT!

Sons of Legend updated their profile
1 hour ago

Gwalla is now a member of Poze Productions/Poze Records Inc..FREE TO JOIN
6 hours ago
Welcome Them!

If you liked hits like Usher's Yeah! Ying Yang Twins Whisper! You are going to love this hit GOT THAT!UK artist Young Rob and Memphis Tennessee's FinestFlexx Kapone Team up to bring You this certifiedClub Banger. The track which is definitely one forthe ladies is produced by Progression Music.…See More
Friday
0 Comments 0 Favorites

Born and raised from the dirty streets of Highlands County, Fl which consists of Avon Park, Sebring and Lake Placid, Nick Bean is one of the last of a dying breed. Lil Bean (as he was known in his hometown) was straight outta Lake Lotela apt complex where he was first introduced to the street life. His  hard working mother strived to get him and his siblings out of the…See More
Friday
0 Comments 0 Favorites 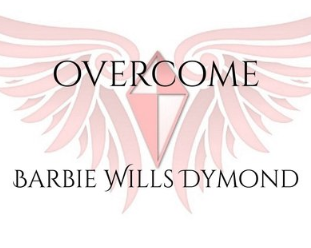