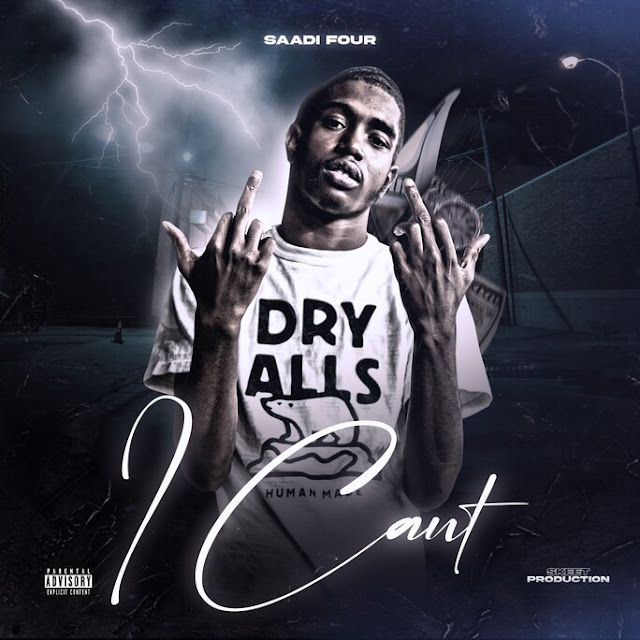 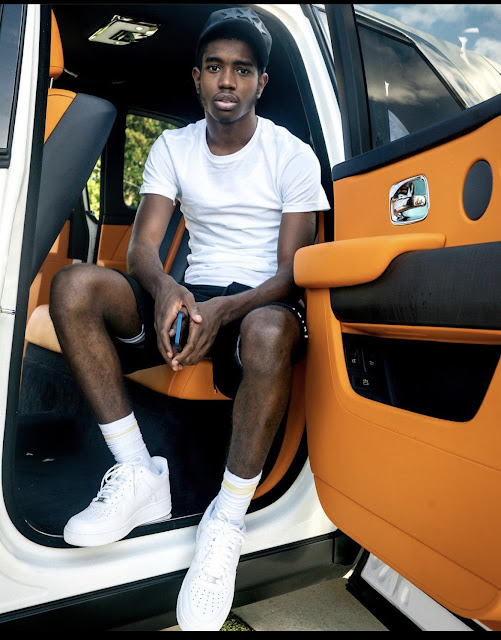 PHILADELPHIA, PA – Money, power, respect and loyalty are the four things that are of utmost importance to up-and-coming young artist Saadifour. At only 19-years-old, this fast-rising star from Philadelphia, Pennsylvania is already making a name for himself in hip-hop circles and is set to become an international artist with his latest hit single “I Can’t.”

It’s clear from the opening bars that Saadifour pours his deepest feelings into everything he creates. As he weaves stories from his current status in life, this freestyle master pours out emotional pain and moments of frustration in ways that will immediately relate with a wide range of audiences all around the world.

“It’s a song that says, ‘I know it’s gonna be OK, but I can’t make like I’m cool with everything that’s going on,’” Saadifour said. “I’m freestyling about what’s going on in my city, and some of the stuff I go through on the regular. But despite many setbacks, I will never be the one to give up. I have a 1-year-old son and a family at home that’s depending on me to make a difference. To my greatest ability, I will use my talent that Allah has given me, and one day it will be my turn to prove to the world that I’m one of the greatest artists out of Philly.”

Saadifour said rap has always been something that has come natural to him. Since he was a young kid it’s been something he’s been good at. He first learned from his father, who was also a rapper and would often get together with Saadifour’s uncles to create music. As he grew older, Saadifour began to study some of his favorite artists – rappers like Meek Mill and Lil Uzi Vert – who came from his same neighborhood. He started freestyling with friends and would get a lot of high praise from anyone who heard him, and in 2018 – at the age of 16 – he started recording some of his music. In the years since he’s created more than 100 songs and developed a sound and style that is unique and catchy.

“Every time I hit the beat I do it off the top of my head,” he said. “It’s what I really feel. Some people make music for other people, but I do it for myself as well as for other people. I do both. My music is insane. My voice is unique. I can jump on any type of music and I can do every type of flow. A lot of people out there only have one flow and can’t jump on multiple lanes like I can. I want people to know that I’ve got everything they want. However you’re feeling, I’ve got it. If you’re down, or you want something up-tempo, I’ve got everything. And you’re gonna feel that emotion every time.”

Saadifour said he has a new mixtape called “Phases” that is set to drop before the end of August that fans can look forward to, and he might drop another single before that.

To listen to his music, or to follow him on social media, please visit the following links:

Description:Progress Supreme is an artist from Tacoma, Washington. Responsible for 4 albumsin 18 months (Forever Winning, Pure Playmaker, Creative Dreamer and SupremeElement) he is paving his own way and creating a unique sound. One of hisbreakout songs “Act Like” has been gaining attention from many with 40kstreams on Spotify. Progress supreme is pushing people to be theirauthentic…See More
9 hours ago
0 Comments 0 Favorites

Vickey Snow with Firelight updated their profile
19 hours ago

Tyler Breault is now a member of Poze Productions/Poze Records Inc..FREE TO JOIN
19 hours ago
Welcome Them!

"Thank you Poze Staff for the Photo featured!  Anthony"
Sunday

Brotha Blanks - "Say Can You"