When he was 17, Major Herron’s mother was concerned he might fall prey to dangerous influences on the streets of his hometown of Dallas, Texas. At her prompting, he left Dallas and moved to Frankfort to live with his older brother, Preston Herron, a track coach at Kentucky State University.

Herron graduated from Frankfort High School in 2008, then attended KSU, where he competed in football and track. He graduated from KSU in 2014, then found a new passion — music. “I was 25 years old and had no knowledge of music growing up,” he said. “I kind of fell into it here.”

Before launching a performing career, Herron researched the music business for a full year. He started writing lyrics and adding them to hip hop beats produced by friends. Herron’s hip hop name is Sensei Nowa, a combination of his love for martial arts and his admiration for the biblical character of Noah, who kept “pushing forward even though nobody believes you,” he explained.

Herron took up martial arts as a teenager in Dallas to learn how to defend himself. He occasionally teaches martial arts in Frankfort as part of the American Taekwondo Association. “I’m amazed at how people don’t know the history of martial arts and hip hop, so I kind of fuse the two,” he said. Wearing a red leather jacket and Cobra Kai t-shirt inspired by the “Karate Kid” movies, Herron smiled, “I’m kind of embodying my message.”

After schooling himself in the mechanics of the music business, Herron started networking at music venues throughout Georgia, California, Texas and Ohio. “It’s all about the network,” Herron said. “I’d go out to open mics, meet everybody there, get everybody’s email.”

In 2017, one of those open mic performances in Lexington paid off in a big way. A manager named Lee Johnson approached Herron and said he loved his song. “Let’s see if we can do something bigger with it,” Johnson said. They drove to Johnson’s radio station at 2 a.m. and Herron performed and met more people.

The next day, Grammy-winning producer Bar-None came into the radio station and said he loved Herron’s record and proposed they reproduce it in Tennessee. Herron had only $200 to his name, so he called supporters to help fund the recording, then got a ride to Nashville with a friend. In Music City, he met producer Nino Brown, who quickly became a mentor.

“We get back to Kentucky and I’m trying to process everything that’s going on,” Herron recalled. Things were going so well that his friend thought they were getting scammed. They weren’t. A few months later, Brown invited Herron to come to Miami to shoot a music video.

Brown told him something that stuck: “Help out anybody that’s dealing with your craft because you don’t know when you’ll need them,” Herron recalled. “So I started helping people with different projects all around Frankfort.”

He teamed up with a local podcaster and booked her an interview with legendary rap group Bone Thugs-n-Harmony, based in Ohio. Herron gave the group his record and asked if they might want to collaborate with him. Bone Thugs-n-Harmony called him a few weeks later and co-signed him to their independent label, The Life Entertainment.

Herron said his music is influenced by artists like Bone Thugs-n-Harmony, Meek Mills and Jadakiss, to name a few. Many of his lyrics are inspired by motivational speakers. His personal philosophy is: “Live free and be accountable. A lot of people aren’t accountable for who they are. If you’re going to do your passion, you have to live free of everybody’s opinion. Be true to who you are.”

Herron keeps his circle open, believing that helping others benefits everyone. “I try to keep everybody in the loop. All my tracks have come from people I know. I’m really trying to bring people along for the journey,” he said. “I really believe in that. Being honest with people and being good to people. A collaborative effort creates awareness for your brand.”

Herron believes there’s a “hush-hush policy” on hip hop in Kentucky, noting several planned events that were shut down in Lexington and Richmond. That hasn’t stopped him. “I’m constantly networking, about to start dropping music every month, partnering with different brands,” he said.

He is set to embark on a new tour in spring 2020 along the “Cornbread Circuit,” 6,400 miles between Indiana, Tennessee, Ohio and Kentucky. He will bring along a team consisting of a videographer, producer and a person designated to network with others “to push the narrative that can progress our career.”

Herron will play at clubs and chain bars, a strategy he’s found effective in expanding his network. “If you perform at one bar, see if they have that bar in other cities,” he said. “I try to hop on that train a lot.”

Though he has a manager, Herron books his own shows in order to maintain control. Sometimes instead of performing, he will simply scout local talent. “I feel like the collaborations I make with local artists are getting me out of obscurity, above the noise.”

Herron’s music is available on all major streaming platforms under the name Sensei Nowa. With all his plans for the future, he has no intentions of leaving Frankfort. “I found a peace here in the community,” he said. “There’s people here that are really trying to pursue their passion, a lot of legacies being built here, and people don’t really see that. They just see a slow town.”

Herron’s advice to other aspiring artists in small towns like Frankfort is to be bold, but also humble yourself. “It’s one thing to have vision, but to pull it off is something else,” he said. “If you’re living in a certain kind of house and you’re barely making it, you might have to sell that house and go back to renting,” in order to pursue your dream, he advised.

“You might have to take a few steps back to take those two steps forward in the way you want.” 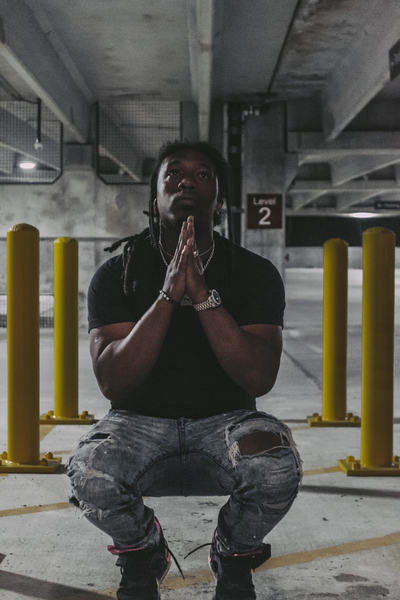 KCITA updated their profile
10 hours ago

"Thanks for listening and watching our videos . If you only knew how much we appreciate all of you . For bearing us as we grew  and  learned a lot along the way , We're still growing .We are just artists trying to bring good music and…"
10 hours ago

More Sounds From The 9 available everywhere now: https://album.link/msft9Connect with AJ From The 9:https://www.instagram.com/ajfromthe909https://www.faceboo...
10 hours ago
0 Comments 2 Favorites

Gabriel Brown is now a member of Poze Productions/Poze Records Inc..FREE TO JOIN
11 hours ago
Welcome Them!

Italian vogue dancer Dolores Ninja partners with Nigerian Afrobeats artist Keyz Emmanuel for upbeat dance track ‘Lo Ballo’ LOS ANGELES, CA – For as long as she can remember, Dolores Ninja has been saying the phrase “Lo Ballo.” If a guy tries to hit on her … “Lo Ballo.” If something challenging comes into her life … “Lo Ballo.” If she just wants to let loose for a night…See More
yesterday
0 Comments 1 Favorite

ATTORNEYS WITH SWAG – DEDUCT IT