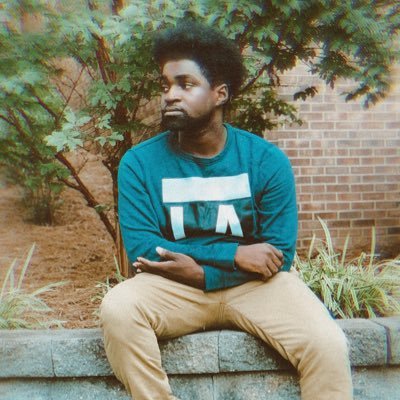 Every generation has their hip-hop heroes. Kendrick Lamar and J Cole may soon be passing the baton to the next in line.

Chris Case, a prodigy in Charlotte’s second largest satellite city, Gastonia, was home to many struggles and traumatic experiences in is younger days. His battle with child abuse being one of the more traumatizing ones that made him who he is today. With little outlet to release all he felt inside, he turned to the one thing that was slowly brewing beneath the surface waiting to be molded; his versatility with words. With a devoted and supportive father always by his side, the rest depended on his will to overcome and not be a statistic to his experiences.

Chris would immerse himself in writing and practicing lyrics. It started with his deeper introduction to rap by his older brother Derrick , which led to him developing a connection with iconic artists like Nas, Tupac, Biggie, OutKast, T.I., and Jay-Z in High School. But, the changing tide that inspired the immaculate lyricism he has developed was his meeting with Kendrick Lamar’s and J Cole’s “Section 80” and “Friday Night Lights” respectively. The topics, bars, and cadence of the two was everything he loved about hip-hop, which has been a fuel for his dedication to mastering his own style of rapping.

Chris took his passion seriously, writing and practicing even when on the school bus. For him, it was more than simply rhyming, it was his way of moving ahead in life. Of all the things he’s endured, hip-hop was the light at the end of the tunnel. Chris would spend countless hours improving the quality of his lyrics and delivery, wrapping each line in emotion and depth from all of his experiences. His range of subject matter was ahead of his time. Whether about love, bullying, or even his childhood abuse, music was the escape to rise above his past and become to honed lyricist he aimed to be. The end result of his conviction to evolving his music was the creation of a conscious rap artist who raps over boom bap beats with undeniable versatility and fluidity. Chris found his lane and doubled down on his grind to make the boom bap conscious style and craft intrinsic to him. Overtime, Chris’ popularity and name gained attention for the level of wit and creativity to which he pens his bars. He has steadily risen as a conscious rap artist, who like his inspirations Kendrick and Cole has become known for his hard-hitting rap verses and amazing vocals.

What started as a boy with a rough path, unable to even see the future before him, has become a rapper on the verge of icon status after starting his career at only 16.  Chris has made the jump from releasing his songs on Soundcloud to being fully invested in making quality music with a message. He wishes to use his life and talent as a way to make an impact on his audience. Having become a master of his craft after being molded by not only mentors but by his unparalleled level of consistency and practice, Chris is set to create a new wave in the rap industry. To make this a reality, he is currently promoting his singles ‘All I got’, “Ocean Views” and “Think Before You Speak” and his “Yours Truly EP” which can all be found on all major music platforms. He is particularly engrossed as well in the release of his latest song “Look at Me” in which he utilizes his boom bap style of lyricism to be a voice to those unable to make it out of the tunnel to see light due to having self-doubt.

Chris is no doubt following in the footsteps of those who inspired his passion, and in time is certain to stand beside them in raps history. His journey and music are one to be apart of. Don’t miss out any of his projects or updates. Follow his movement and releases on his platforms below:

West Coast Lyricist, KAM delivers the visual to the single "NOI LOVE - No Greater Love" featuring Derreck 4realKAM-now referred to as "West Coast KAM" is one of the most well-respected Rap Artists in Hip Hop. The lyricist is known for his strong Pro-Black street-lyrics and his NOI (Nation Of Islam) membership. Kam is the most consistent leader in his community and the HipHop industry for nearly three decades now. As an author, WestCoast KAM has written a book on Black Male-Female Relationships,…See More
yesterday
0 Comments 0 Favorites

Even though the Lord is recovering me from sickness , I tried to sing to his Glory..
yesterday
0 Comments 1 Favorite