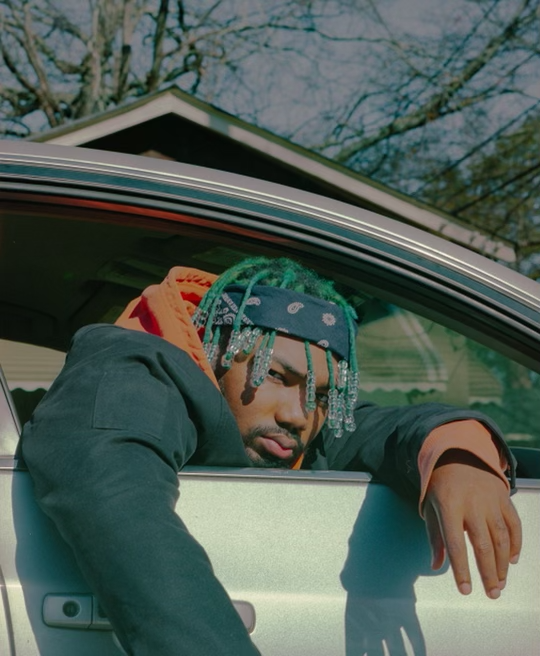 S.U.R.F is an acronym that stands for Someone U Remember Forever.

Hailing from East Atlanta, Sammy Surf or well known by his stage name S.U.R.F, is an upcoming hip hop talent with multiple skills, such as versatile, sentimental, energetic, extroverted mystery, which is easily memorable and impossible to forget.

He combines catchy hooks and melodies with interesting story-telling lyrics creating songs that put you in the mood, leaving you speechless.

What separates Sammy in the music industry, which is heavily saturated, is his gift and energy that brings a unique approach to any room.

He has an undeniable stage presence as well as a goal-driven work ethic. Anything he puts his mind to, he can and will get done.

Aware of himself, transparency is vital when Sammy is fusing with his audience, and Sammy allows himself to be just that.

Who inspired you to pursue a music career?

My inspiration for music wasn’t necessarily a person but more so just my experiences as a teenager to the young adult I am now. My journey with love, lust and learning to accept my emotions are what inspire my artistry.

What challenges did you face as a youth in pursuit of your music dream?

Many of the challenges I faced early were internal. I deal with anxiety based depression and have often found myself in spaces where I feel stuck artistically. Self sabotage is something many young people deal with especially in this age where social media is a requirement to stay in the loop. It's hard to keep tunnel vision when everyone seems to be advancing so quickly. In that same light my best content comes from being in those moments and experiencing those blocks.

Describe your feeling when you’re recording music in the studio?

When I'm in the studio I like to be alone and with my thoughts as much as I can be. I believe in energy and know that I need to be around certain energies to fully be able to create to my full potential. I feel most at peace when i'm able to put whatever I'm feeling into a song. Music and creating music is my escape from the world and whatever I'm going through.

What is the message behind your music?

To embrace what's real and authentic. I want people who listen to my music to fully be okay with who they are, flaws and all. My music is meant to be as transparent as possible so that people can feel as connected as possible. Our emotions are often suppressed because nobody wants to be vulnerable. Most people aren't comfortable sitting with themselves and experiencing themselves in an unfiltered setting. The message in my music is to embrace those emotions we run from. Embrace love, lust, heartbreak, anxiety, depression, happiness, all of those emotions that make us human.

What do you fear most in the business?

Sometimes it's hard to tell someone's intentions because people have gotten so good at putting on a facade to fit in. I fear new people, new interactions because you never know a person’s intentions.

Where did you come from and where are you based now, and why?

I am from Atlanta, GA, East Atlanta to be exact. I still live here now although at some point I would like to go and see something new and get acclimated to the world outside of Atlanta.

When did you start your music career, and what are the highlights so far?

My musical journey began in highschool. In that span of time I've gotten to open up for young thug, Kap G, Gunna, Jack Harlow. I've done the A3C festival every year except last year because of covid. I've had the opportunity to travel to New York to perform as well.

Please tell us the details about this new release.

My next single Toxic will be available on the 26th of this month. It's a song about being attracted to things and people that aren't necessarily good for us but most things we want aren't things we need. It is one of my favorite songs that I've ever made. Its produced by Jarred Woods and it's the first song i'll be putting out under my new label World Of Emotions Records.