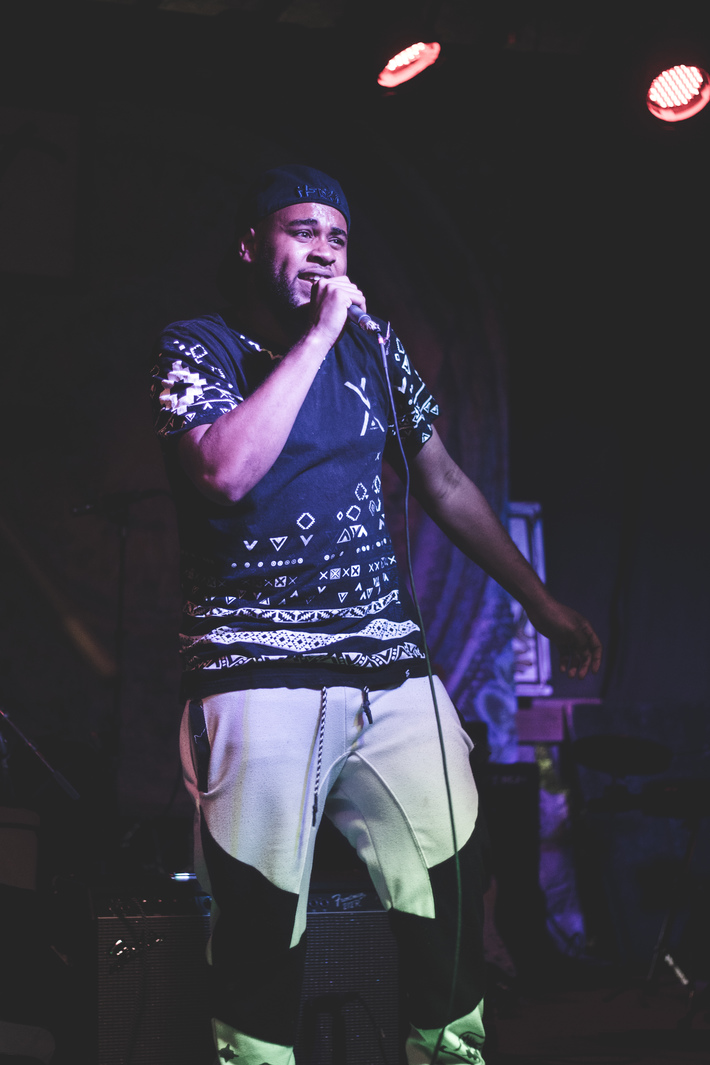 Hailing from the small town of Palacios, Texas, PhilGoodx7 is an up and coming Artist with a penchant for writing infectious music and relatable narratives. Greatly inspired by a plethora of influences including video game composers, Andre 3000, Kendrick Lamar, Kid Cudi, Bjork and many others, PhilGoodx7’s music journey began in 2011 where he started to work on Mixtapes and original material. The Artist ingeniously presents a fresh new perspective with his unique brand of music consisting of a distinctive blend of Hip Hop, Conscious rap over trap and boom bap production, along with Melodic and Experimental elements, reaching out to a multitude of different listeners from all walks of life. The resourceful individual also has a unique innate competency to ingeniously put together idiosyncratic sounds and words, creating high aptitude word play and breathtaking music, all while maintaining a consistent brand. PhilGoodx7 also draws inspiration from real life experiences, hardships and from the people around him, allowing him to create music that is palatable for people around the world.  In order to discover his own unique sound, the artist spent many nights freestyling on the corners of downtown Houston, studying the greats across all genres, and  experimenting in the studio with his producer and brother runc.t.

Philgoodx7’s vision is to Be able to fully utilize his passion for music to grow into an artist that is consistently bringing high quality listening experiences, experiences that improve the quality of life of people around the world. PhilGoodx7’s unique sonic identity has been bubbling under the surface for a while now and the artist hopes to continue to release singles, collaborating with other creatives, leading up to a full length album in the near future. Armed with big dreams and plenty of energy to spare, PhilGoodx7 seeks to positively influence the world and connect with like-minded individuals through his music. PhilGoodx7 is no doubt, well on his way to becoming one of the most phenomenal Artists to ever live in this generation

Currently based in Houston Texas, PhilGoodx7 is often compared by fans and media to internationally renowned legends. His ability to write infectious music has already garnered him countless features on notable sites and publications. Being an avid music performer, the artist has also performed at notable venues including house live, last concert café, super happy fun land, avant garden, height’s vinyl, under the volcano, BFE rock club and many others. For PhilGoodx7, Music isn’t just a job nor a hobby. For PhilGoodx7, music is a medium that allowed PhilGoodx7 to convey his feelings to people around him and allowed him to make countless connections. Music allowed PhilGoodx7 to find his purpose in life. Music saved PhilGoodx7. Music is PhilGoodx7. SHEEEEEESHHH! WE GOT AN INTERVIEW WITH 4KG AND JUSTYLER! LETS GET INTO IT!How did each of you come up with your name?4Kg: “I got the name 4Kg when I was a freshmen in high school and had my had shaved with a razor. They were practicing shot-putt with a women’s shot-putt…See More
20 hours ago
0 Comments 0 Favorites