Dark Pop Rocxstar - Johnny Wvlker hits us with a new track “Dead In Hollywood”. Johnny is an artist based out of Los Angeles we’ve been keeping our eye on this year. He has a new unique sound and style of music that hasn’t been heard before. Something akin to the sounds coming from Cactus Jack- Johnny calls it “Dark Pop”.

Listening to “Dead In Hollywood” we can hear a voice from someone who has been through a lot in life. A kid trying to tell his story and express the issues and lifestyle of being a rising artist in such a complex industry. We hear similarities to Travis Scott and Trippie Redd when listening to Johnny’s catalogue. Asking him about his influences, shows just how different of a person we are talking about. 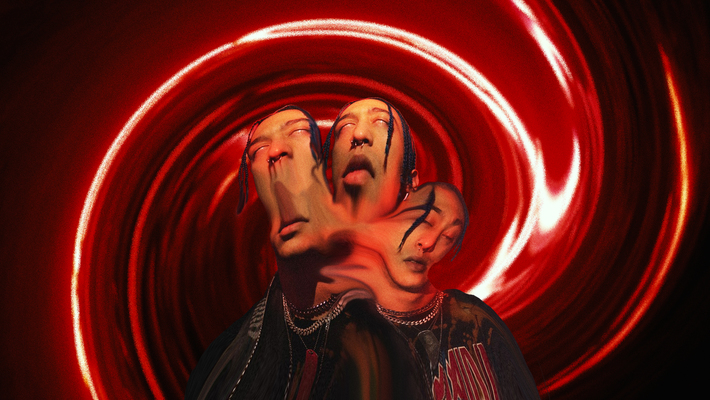 “Influences? I mean, mostly my brain. Whatever is going on inside my head is what comes out in the songs. I grew up with a single mom and her younger brother, my uncle Derek. I call him my brother a lot. He’s gone but I never take this dog tag of his off. They had me listening to everything from Dayton Family to Hendrix. The first music I ever heard was Bone Thugs, prolly cause we were in Ohio. I love rap, rock, metal, folk music, jazz, f**kin everything!”

“My style it’s like dark luxury rap mixed with melodic tones and some wild patterns. With crazy 808’s! I love that heavy rap rock sound. I didn’t plan on creating some sub genre of hip hop or rap, I just started making what was in my head. What inspired me to actually start was Kanye man, Kanye West is probably the most talented human to ever live and Graduation made me want to become an artist.”

“What influences me the most are other artists like Warhol and Dali and Basquiat. And even more than that, the films that I watch. I’m a movie addict so my biggest influences come from films and directors. Or just the tone of a film scene. With every track I capture some part of our world or pop culture that I love.” - Johnny

We have “Dead In Hollywood” on repeat, stay on the look out for more music from Johnny Wvlker and follow him on social @JohnnyWvlker.

Franchyze330 is now a member of Poze Productions
4 hours ago
Welcome Them!

Love and positivity are resonant themes in Glenwood Avery’s world. The soulful singer burst into the spotlight off the back of World Change, a single he released during the police oppression of black people in 2020. The easy listening song unpacked Glenwoo d Avery's exciting abilities as an intimate, incisive writer, his songs carrying substance across spare melodic…See More
7 hours ago
0 Comments 0 Favorites