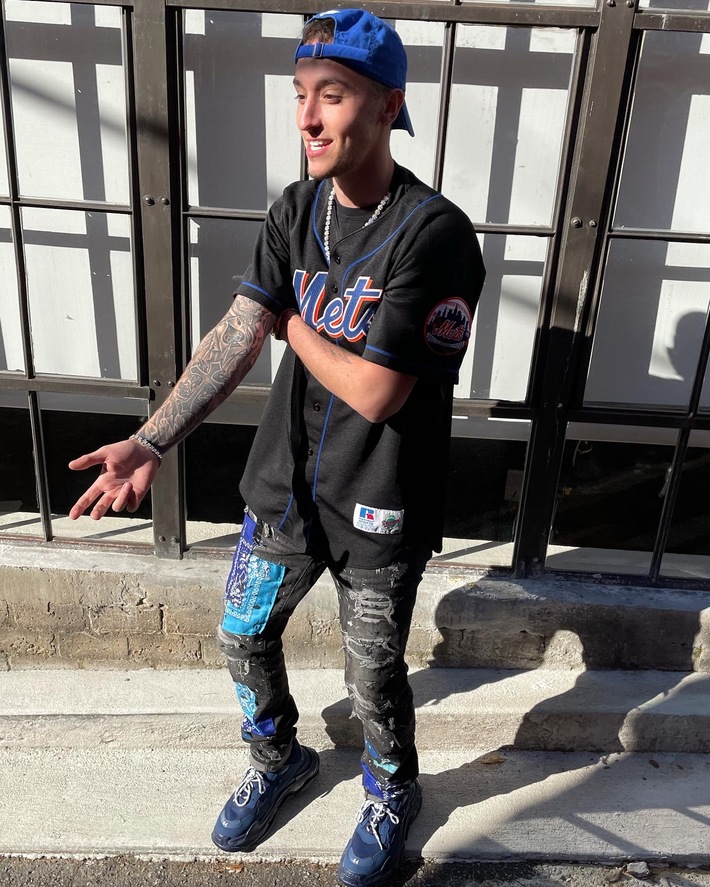 Ace Jr is an artist outside of Pittsburgh, currently pushing through ATL and looking to release an album and 3 big singles now that he garnered attention from the SayCheeseTV platform. The album is going to be titled, No Features 2  (follow up album to the original “No Features”) and is expected to release January 13th. When asked… 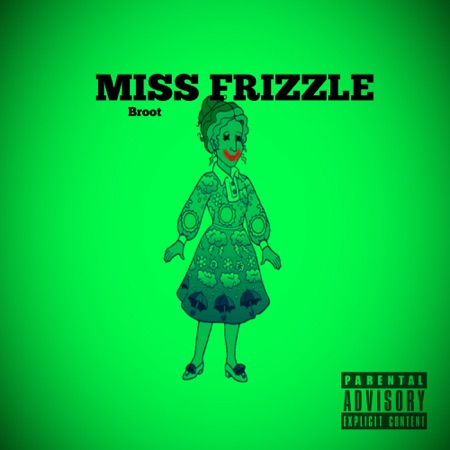 Rising artist Broot just dropped a hot new single titled "Miss Frizzle". Check it out below and follow him on social media for his latest releases.… 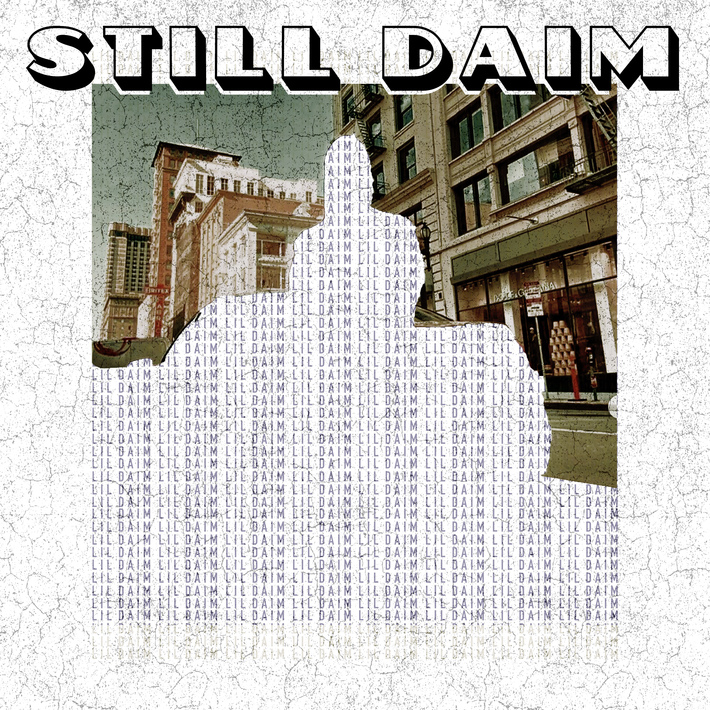 Rising artist Lil Daim just dropped a hot new EP titled "Still Daim". Check it out below and follow him on social media for his latest releases.… 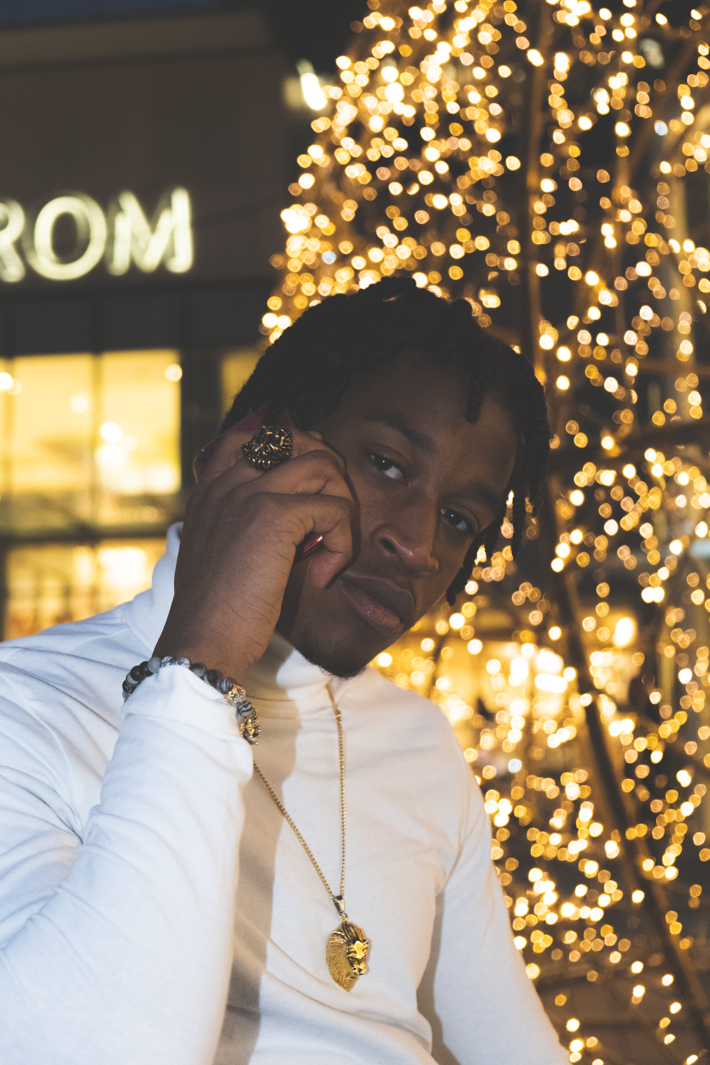 S & P Clique just dropped a hot new video for their hit single "Rich Figures". Check it out below along with their hot new album "Royal Paradox".…

Quincy Valentine has a vast range of talent and versatility that includes Musician, Engineer, Producer, Songwriter, and Artist. He discovered and pursued his passion for music at the very young age of 9 in the Bronx, New York. Starting with talent shows and school performances, his… 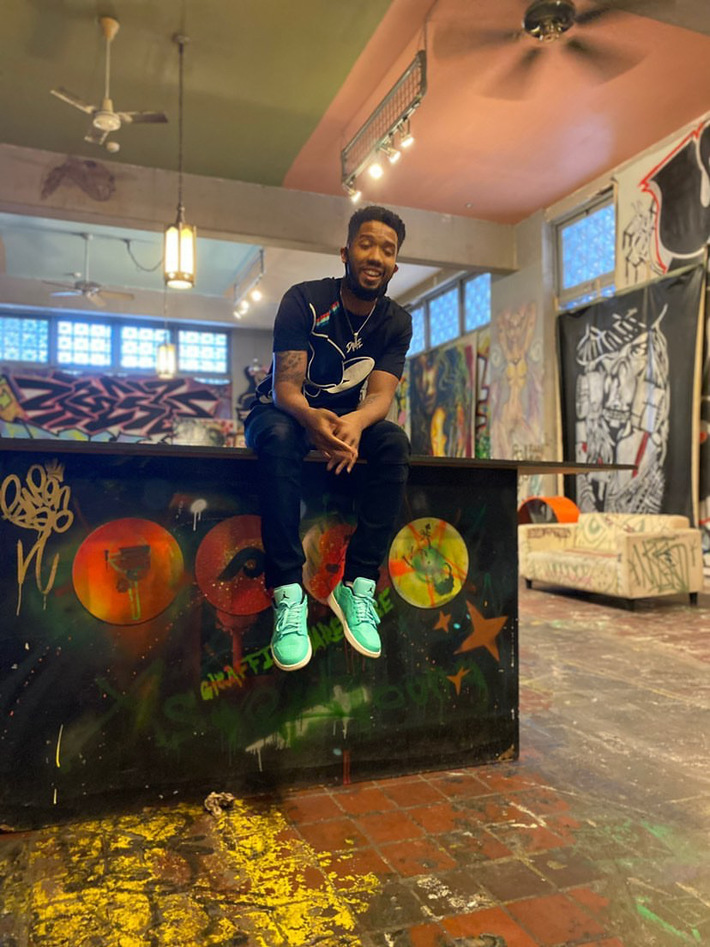 Hailing from the DMV area, the hometown of so many legendary artists, Nyke Ness is an upcoming talent seeking to keep the legacy of his local mates… Overcoming numerous challenges in his life, Sapphire Adizes, well known as a multi instrumentist based on the west coast, came back to the music scene, releasing an idealistic record titled The Wild Boar.

Sapphire Adizes is improving his musical career as a…

Cris Cola - "How Ya Living" 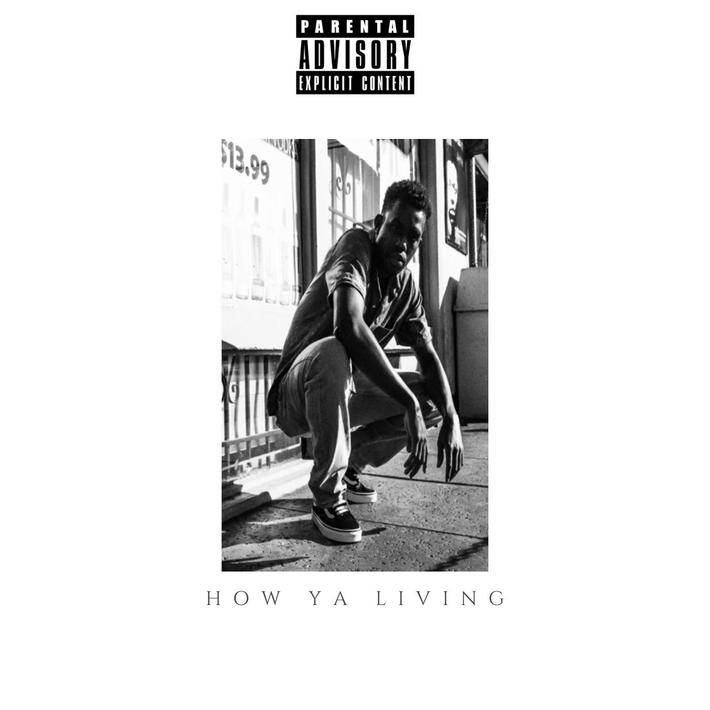 The ‘breathe of fresh air’ artist, Cris Cola, is back with an soulful-electrifying record, “How Ya Living”. You’re in for a high-vibrational treat that doesn’t sour down Hip-Hop,…

Exploring your highest nature and owning what you find, paves your path to being the greatest version of yourself. To finesse in this world is a craft to align the elements around you to give yourself the life you deserve. To see yourself in the light of a God or Goddess, you are… Tello Music Group presents "Luv U Down" from rising artist JPTRJMZ (pronounced JupiterJames) feat. Jamarius. Check out this hot new single below and follow JPTRJMZ on social media for his latest releases.… 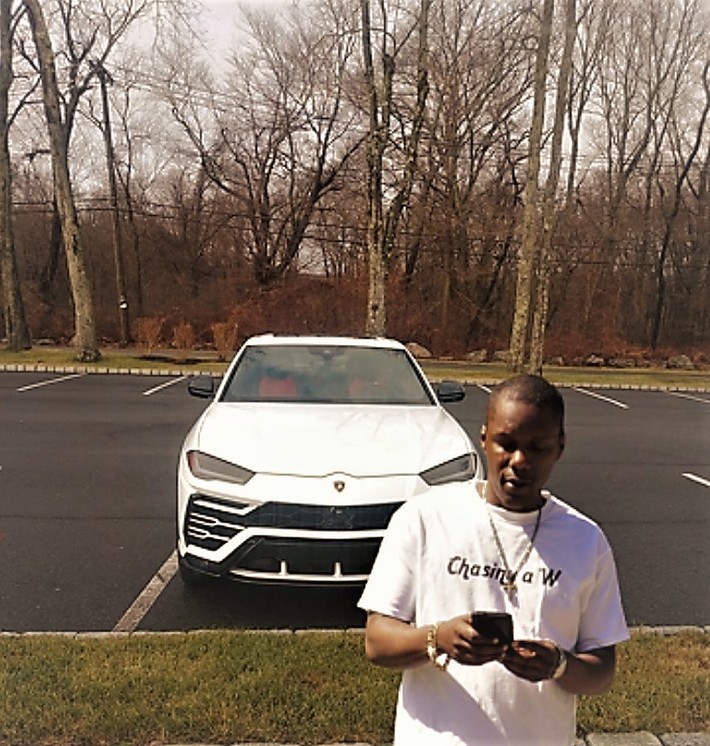 Alterik Finney, also known as KI Back At It, is a New Jersey rapper who's currently owner/CEO of Jersey We Lit Records. KI began hitting the scene running in the music realm by creating concepts/writing for over 10 years, contributing his skills to both small indie labels and larger ones, independent artists as well.…
Continue 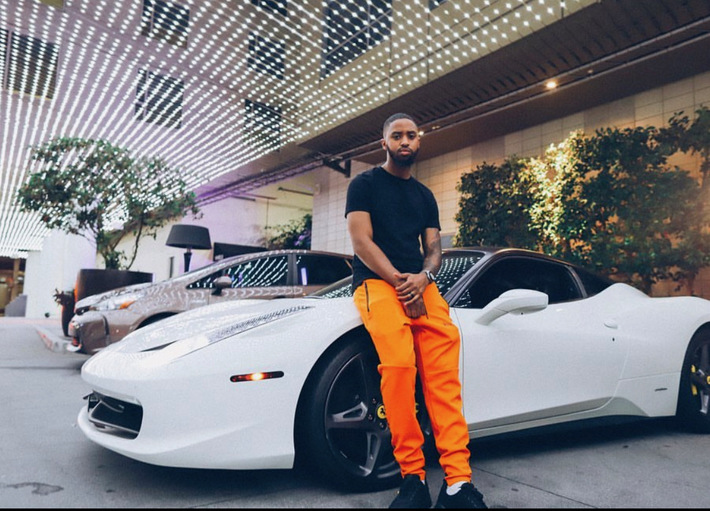 Pimpin' is an upcoming artist and business mogul. The original stage name Pimpin' Ass Ty was given to him at a young age by his older cousin. However, Pimpin' has been married for…

Rains Gang just dropped a hot new single titled "Don't Know Why". Check it out below and follow them on social media for their latest releases.

Watch the Highly Talked About Video: “Say What” By Doug the Plug 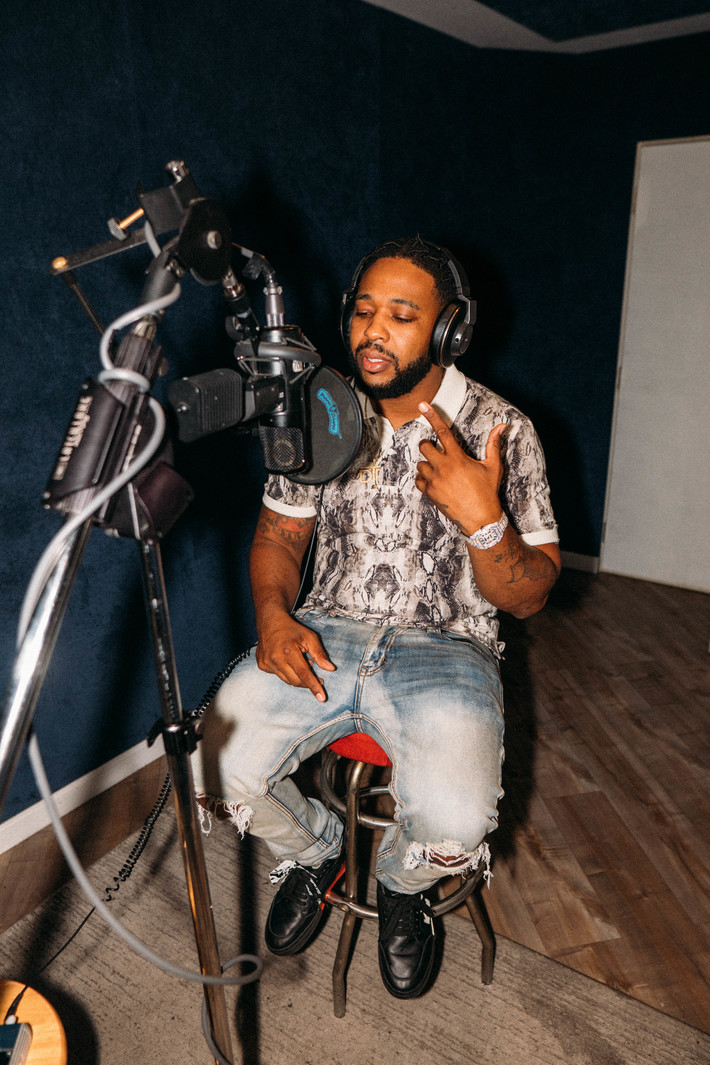 Just a few days ago Doug the Plug, who is a fast rising rapper from Inglewood, California, just released “Say What”. His release premiered on Spotify as well as YouTube and so far has been blowing up on the two platforms. Emily Austin is notably noted for interviewing athletes including NBA players, NFL players & etc. She started a series called, Daily Vibes With and uploads it onto her platforms.

“I started Daily Vibes when I turned 18. I wanted to have a show that was more on the fun side,” said… Surviving a past filled with unfortunate situations, Rap Phenom Don Gritty takes to the mic to express his journey and most of all, artistic creativity. Not falling into the statistical reality of his peers, Don Gritty finds healing in music. Channeling his love of the beat with his will to overcome Don Gritty redefines what it is to be phenomenal. His latest single,…

Hailing from the UK, TINY K is a rapper with some tight achievements in his background.Making music for more than a decade, the guy already had the opportunity to open for Snoop Dogg at the London O2 Arena, performing in renowned venues and festivals such as Reading…See More
2 hours ago
0 Comments 0 Favorites

Barbie Wills Dymond commented on Poze Productions's page XMA Online-Voting Poll
"Good luck to all !   We appreciate any vote in the Rock category... thank you Poze for the opportunity and to all the great artists here. Many thanks to fans !! Stay well, stay safe "
yesterday

Cassandra BAIN PKA LADY BAIN commented on Poze Productions's page XMA Online-Voting Poll
"HAPPY SUNDAY EVERYONE I WOULD ASK IF YOU GUYS' COULD VOTE FOR ME IN THE THE BEST POP SONG CATEGORY AND COUNTRY SONG..THANK YOU ALL IN ADVANCE"
yesterday