New music on my pageContinue

I just want say that I feel sorry for the victims in this story. I can't help to feel this is a distraction from something else. And I just seen that this story made his songs more popular.Continue

Who is the greatest rap group of all time???

Offset said the migos are the greatest rap group of all time. Layzie bone had a lot to say about that and obviously disagreed because layzie feels  Bone thugs and harmony are greater than the migos.…Continue

Video just came out of kareem hunt in an altercation with some people. It is saying that he has been cut from the chiefs but my son suspended says he is just suspended. If he has been cut this would…Continue

What is your style of music?
rap

In my opinion the nba and nfl and the jails are taking our bla I leaders. NBA and nfl were both created after slavery. I dont think it's a coincidence that these leagues ate majority black. If there were no leagues these athletes would be working regular jobs and being put in Positions to be able to put people on that look like them like their family. You cant put anyone on in the league in massive numbers. This would take jobs away from whites. This is what they fear.

Fortnite stole a lot dances from the hip hop culture. The people who came up with dances are not getting paid for it. When I first saw these dances on this game it rubbed me the wrong way because I know this game makes a lot of money and they are not giving hip hop the credit it deserves. I'm seeing people are starting to sue them all that same time. It will be interesting to see if these people will get paid and how it will effect the game.

I don't know who the king is but right now Jacquees is killing it right now. He came a long way since the first time I heard him and he staying consistent. He has a lot too prove and I think all the king talk will put a spotlight on him and now it's his time to back up hi words. 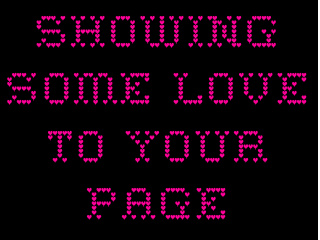 Lisa Powell said…
I’m doing well. Are you going to the Awards this year?

Thanks for being a friend!

Sorry it took so long to get back to you...had a house fire and a long motel stay but it 's all good now. Thanks for the friend request.

Thanks for your request.

Thanks for the link, my friend ...

Thank you for connecting.

Back on the music scene with her 1st single of 2021, Hollywood Brittany a Portland Oregon native. Now Las Vegas resident. Drops Pretty Bitcheson all platforms, With a very colorful visual on YouTube. Stay Connected With Hollywood Brittany:https://www.instagram.com/_hollywoodbrittany_/See More
23 hours ago
0 Comments 0 Favorites