Videos Of The Week

Artists you should Know 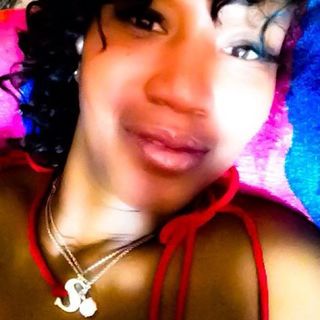 Entycee (N-Tice) is a singer/songwriter with style and vocals that match leading ladies in the industry both past and present. Born and raised in Pittsburgh Pennsylvania she grew up listening to singers like the late great Phyllis Hyman, Teena Marie and Vesta Williams in addition to those artist whom are still gracing us with their presents today such as Chaka Kahn and Miki Howard, the list goes on. Entycee developed her love for both singing and writing lyrics at the age of seven. Starting out as a member of Pittsburgh’s Morningside Church Of God and Christ youth, mass and state gospel choirs she studied and quickly mastered the art of harmonizing with precision and uses that skill to the fullest today. With intoxicating lyrics and sultry vocals she brings to the table a touch of old school fused with a new school musical vibe, a mixture of Neo-soul, Spoken word, RnB, and Rap.. She shows her listeners versatility by both arranging and performing vocals. "I love the old school sound and vibe and I work to portray that strength in my lyrics and music when it comes to laying my vocals. I focus on finding the right pitch and melody then build my harmony from there". When ask whom she sounds like, she will humbly state, I sound like me! I am however musically influenced by beautiful soulful singers today such as Chrisette Michelle, Chante' Moore, Ledisi, Jill Scott, Marshia Ambrosia and Vivian Green just to name a few and groups from the 80’s and 90’s such as The SOS band, Rose Royce, Shalamar, and Atlantic star. “I don't believe in trying to pattern myself after anyone vocally because all voices are unique and mine has it's own mark to leave and story to tell”. Someone who can attest to that unique sound she has is her long time producer Chazz Brooks of (C Brooks Productions) who’s music is the perfect match for her quality and sound. Music tells me what to write and his keeps me on my toes by pushing me to think outside the box. I enjoy and have a serious connection to the music we create together. Since 1996 Entycee and Chazz has formed a musical union that is leaving its mark in the industry. She has opened for Aaron Hall, Bone Thugs and Harmony's Lazy Bone, Carl Payne, Jada Kiss and Samson and Deliliah. She has won local contests in her hometown of Pittsburgh Pa, including 1st place for female and Hip Hop/R&B vocalist back to back in the annual WAMO FM Radio talent showcase in 2002 and 2003. In 2004 after appearing as a guest on the June King show (aired locally in Pittsburgh) she hosted her own locally syndicated television show called “Introducing Masters In The Making” which was her way of giving back to the community that gave so much to her growing up. Her first installment featured Michael Fraizer former music production manager for Mr Tyler Perry. She captured the Miss Black Teenage Pageant (a 25 year mothers day tradition in Pittsburgh where she herself was a semifinalist at the age of 17) on film to pay homage to the pageants coordinator of 25 years Jean Bryant 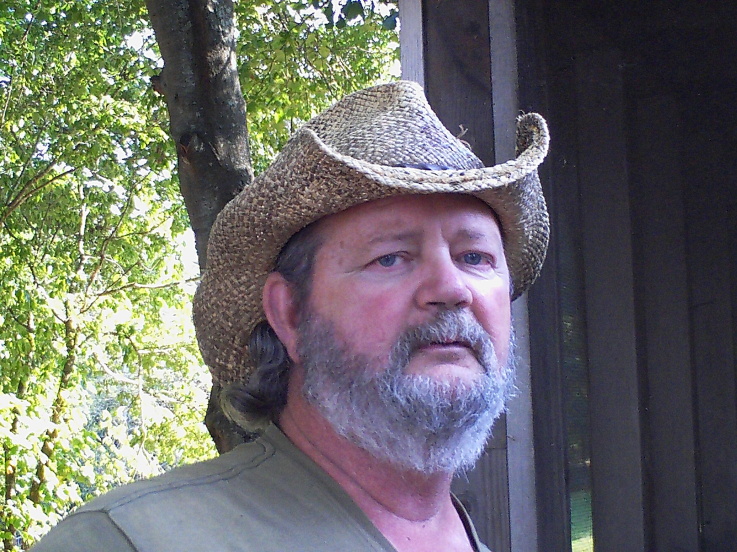 Singer/Songwriter, I love spreading the good news of the Gospel of Jesus Christ, particularly through music.

How did you hear about us?
invitation through Reverbnation.

What is your profession?
expert carpenter, Singer/Songwriter

How many members are in your band?
Most of the time I'm a solo.

What is your style of music?
mostly Southern gospel

Who are your influences in the music industry?
Integrity, Hillsong, Gaither vocal band
ozeproductions.com/profile/RickyJAllenSr?xg_source=profiles_memberList 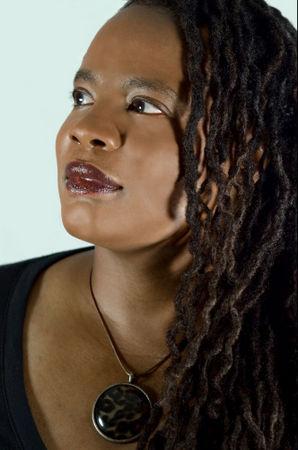 Yolanda R. performs R&B/Soul, Pop, Jazz and Gospel. Singing since 12, she has graced recordings, performances and choral groups with her soulful Soprano. A native New Yorker, Yolanda trained classically at the famous LaGuardia High School of Music & the Arts (featured in the movie "Fame"), then won a vocal scholarship to Harlem School for the Arts. Since then she has performed at various venues in NYC, NJ and internationally via the World Wide Web.

“Why” was her first original song released in Dec. 2011. Years ago, after ending a short term relationship on a sour note, she wrote the tune. She composed* the melody, lyrics and vocal arrangement and Phillip Carroll produced the song. The originality and authenticity of “Why” resulted in Yolanda R. being selected as the Arzuk.com "Artist of the Week" for April 22-28, 2013. 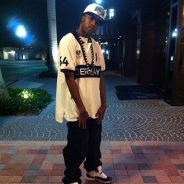 What's gucci!! I am a new up and coming artist originally from Minneapolis, and currently living in south Florida. I started writing when I was about 8 years old and my love for music evolved throughout the years and has become a strong passion of mines.

I am open for collabs and networking with all genres, so feel free to contact me here and/or any of my other social networks!

Also check out and download my mixtapes for free at: 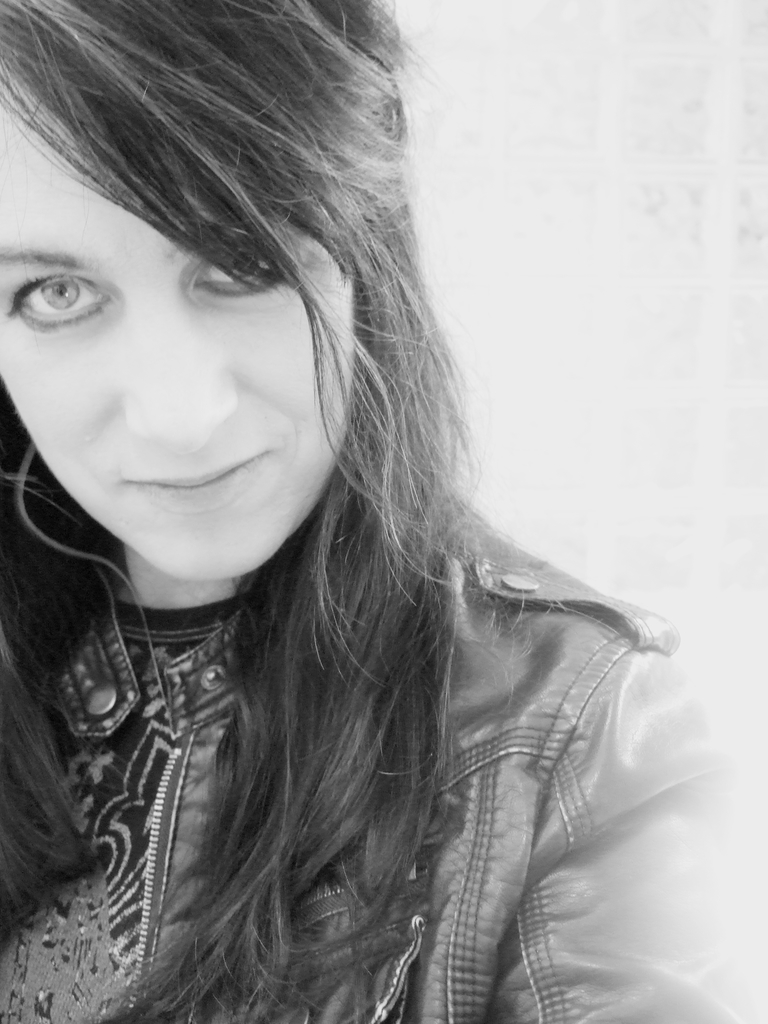 This southern California girl has grabbed the music industry by storm! She has just taking home two awards for 2013. One recently was Best Alternative Song Awards from X-POZE-ING Music Award and the other Best Female Alternative Artist for 2013 from Indie Music Channel Awards.

Her voice is sexy, soulful and with a bit of a rock edge. T Dawn. She has had a very busy 2013. Along with the awards she has signed a contract with gaming company Music Powered Games and was featured in BWD Magazine.

She has been building an ever growing fan base through her unique style and indie sound. How did you hear about us?
Labanon/Sweet Home Oregon

What is your profession?
Indie Artist 50 years

How many members are in your band?
Just me. I have featured a few players on some songs and video's

What is your style of music?
Country/Rock

Who are your influences in the music industry?
All the Greats of the 60's & 70's

Comment by QueenAJ Administrator Assistant! on November 7, 2013 at 5:30pm

ahhhhhhhweeeeeeee thank you Michael for adding my video baby!! I love you!!!! your the best! xoxo

Comment by QueenAJ Administrator Assistant! on November 6, 2013 at 6:09pm

check out our fabulous artists of the week . they are just so fantastic an gifted with talent, stop by today!!!!! an show your loving support an let our artists know what you think!! or sign up a free account an get among those talented artists!

Comment by QueenAJ Administrator Assistant! on October 3, 2013 at 7:45am

The Sing Your Heart Out Video Contest for Poze Productions/Poze Records Inc they might be canceling it, I was notified by staff of Poze Productions due to the fact there is not enough people entering this contest, this shows that people is not caring an supporting others only some will do that... oh well I done my job the best as I can in promoting it for everyone & To support everyone by doing this to help others,I can not help if people do not wish to support others by not entering it, it shows to tell some people only think of themselves an not others, not sure about the rest of the contest / contests that was supposed to go ahead from Oct to Nov, Etc.... unless things change an people start enter it, then it will go ahead,not sure what is going to become of all this, but Me & Michael & Poze & Staff done our part in designing it & Promoting it for everyone, we can not help if people is not interested in helping us by not entering it,their choice I guess. if there is any new updates on this Contest we will let you know .

Comment by QueenAJ Administrator Assistant! on September 30, 2013 at 9:12am

We appreciate all the support !

nena b is now a member of Poze Productions/Poze Records Inc..FREE TO JOIN
6 hours ago
Welcome Them!

Malcolm Dedman and Gruff The Graverobber are now friends

Someone gave a gift to gary w. brockway