Everyone listens to Poze Radio and VaMo Radio Hollywood Celebrities 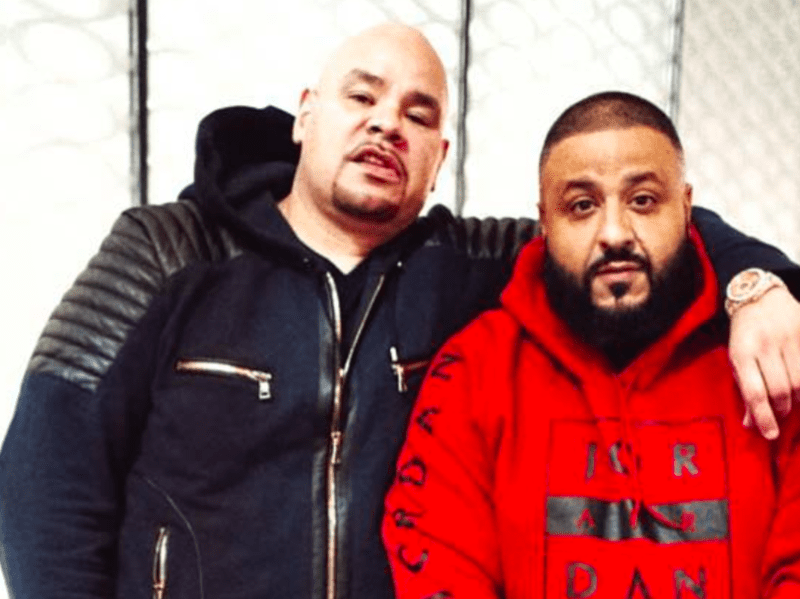 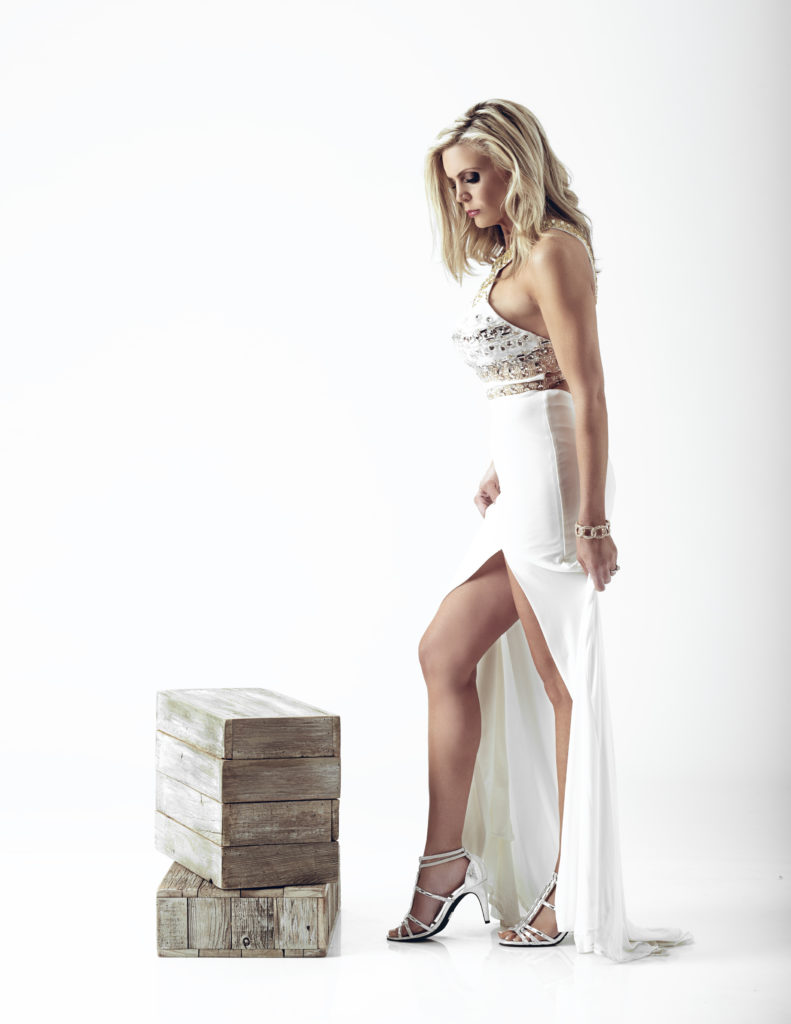 Karen Patmas, Talent Agent & CEO of National Talent LA is revolutionizing the
idea of a traditional casting agency to a full-service brand and career
transformative business. National Talent LA (NTLA) is a new, exciting and innovative
talent agency based in Los Angeles, CA. Founded in 2017 by international model,
Karen Patmas, NTLA is a dynamic company with a fresh approach. Committed to core
values of ethics, integrity, transparency, service, and transformation, NTLA insists upon
upholding the highest professional standards while serving the needs of both talent and clients. NTLA is highly selective. Their talent are not just elegant, they are consummate professionals. NTLA will help their talent forge successful careers, enhancing their brand and that of their clients to transform the industry.
Career & Craft
Originally trauma-specialized with over 17 years experience as a clinical therapist, it’s
no wonder that Karen is a natural at handling high-stress situations and guiding people
to achieve and grow.
That’s not all—Karen has been on a path toward success since she was a teen. She
began her career in modeling and acting as a teenager, and also boasts a Masters
degree in Social work with a Clinical license.
Now, with over 20 years experience in modeling for print, commercials, and runway
modeling, Karen is taking the industry by storm and avidly seen in the media through
published articles in international publications, runways, directed backstage of large
fashion shows in Hollywood, and scouted/directed with a production company. Not
only is she a talent guru, but also managed and ran a model mentorship group in the
Pacific Northwest groups for over 15 years.
Fresh Approach
After world-wide condemnation against disgraced mogul Harvey Weinstein and the birth of the #MeToo movement, Hollywood is experiencing a major paradigm
shift. Weinstein’s alleged vicious and exploitative treatment of employees, coupled with
the company’s failure to protect them, presented egregious violations of civil rights,
human rights, and business laws.
In the midst of all this chaos, enter Karen Patmas, former model turned CEO of National Talent LA, the newest SAG/AFTRA Frachised agency. Patmas comes with a fresh new look on what a talent agency should be and what it should offer to their most precious commodity—the actors the agency represents. 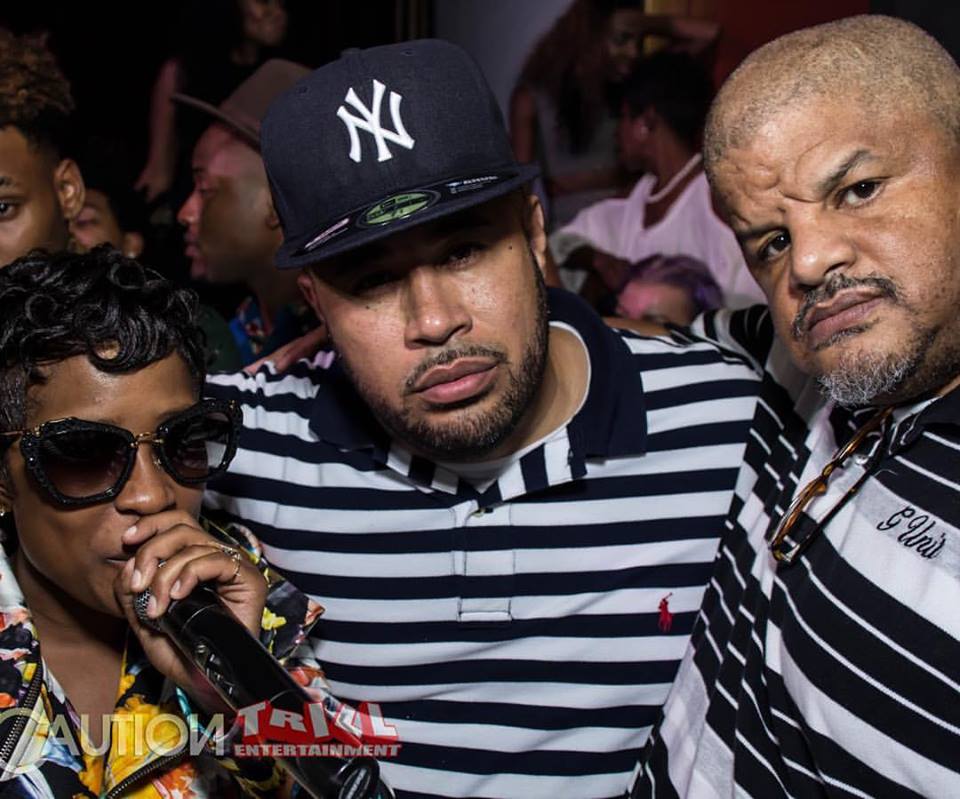 Michael Neely has over 30 years in music business and in managing the careers and touring activities of the world’s most prominent performing artists and institutions. Mr. Neely’s dominate presence in broadcasting and representation was sustained through the 1980’s on behalf of the legendary artist roster of today. He has continued his legacy in the discovery and career development of our next generation of young artists from around the world. Through his leadership, he has continued to carry on the long tradition of distributing the highest caliber of entertainment. His diverse artist background has led him to tap into opportunities to reach new audiences worldwide. Mr. Neely goes beyond convention to produce an array of innovative projects and special events. He continues to expand his activities at the forefront of media development and the performing artists in order to bridge the gap between the music industry and the outside world to gain a good understanding of what each side is contributing to helping the other side.

Alfa Anderson began her professional singing career alongside some of the industry's most talented vocalists and musicians.

Throughout the '70s, she recorded background vocals for Odyssey, Major Harris, and Roy Buchanan. Alfa also sang on the Quincy Jones-produced soundtrack to The Wiz.

Alfa Anderson's life changed when Luther Vandross invited her to a vocal session for Chic. At the time, Nile Rodgers and Bernard Edwards had just formed the group with Tony Thompson on drums and Norma Jean Wright on lead vocals. She sang background on Chic's first two singles for Atlantic Records, "Dance, Dance, Dance (Yowsah, Yowsah, Yowsah)" and “Everybody Dance," which both brought Chic to the top of the dance charts for seven consecutive weeks in 1977. After joining Chic on tour, Alfa was promoted to lead vocalist, a role she and Luci Martin

The group's second album, C'est CHIC (1978), was a critical and commercial tour de force. It featured Anderson's two solo numbers, "At Last I Am Free" and the gold-selling single "I Want Your Love." Alfa and renowned session vocalist Diva Gray both sang lead on "Le Freak,"

Rodgers and Edwards' ode to Studio 54. The song not only became Chic's most successful single but, for more than 30 years, was the biggest-selling single in Atlantic's history. "Le Freak” topped the Hot 100 for three weeks and went to number one on both the R&B and disco singles charts, quickly earning gold and platinum certifications. C'est CHIC was later named "1979 R&B Album of the Year" by Billboard after it topped the R&B chart for eleven weeks.Listen in to Vamo.com 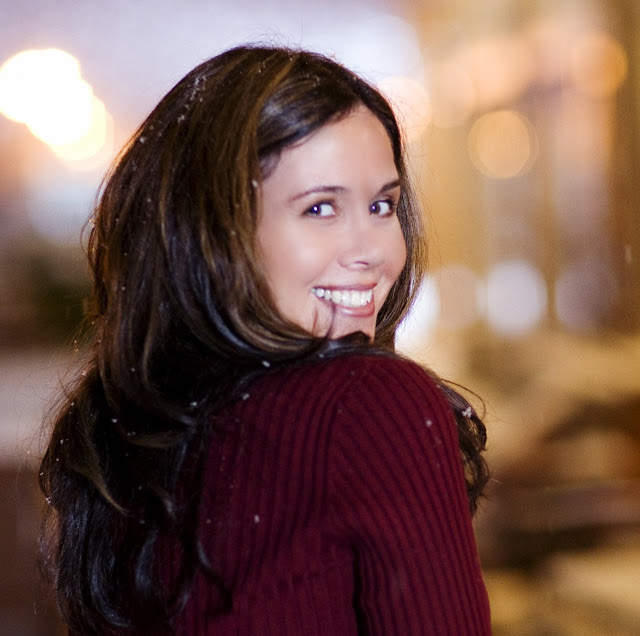 Samantha Goldberg - Celebrity Wedding Planner & Lifestyle Expert is often seen on tv reality programming, talk shows, and magazine covers. She is an actress, host, model, and consultant who would be ideal for feature stories that cover home renovation, seasonal decor, and wedding planning. She can also offer substantial giveaway promotion on your show, as she is replete with sponsors ready to giveaway dream weddings, home renovation giveaways, and much more! 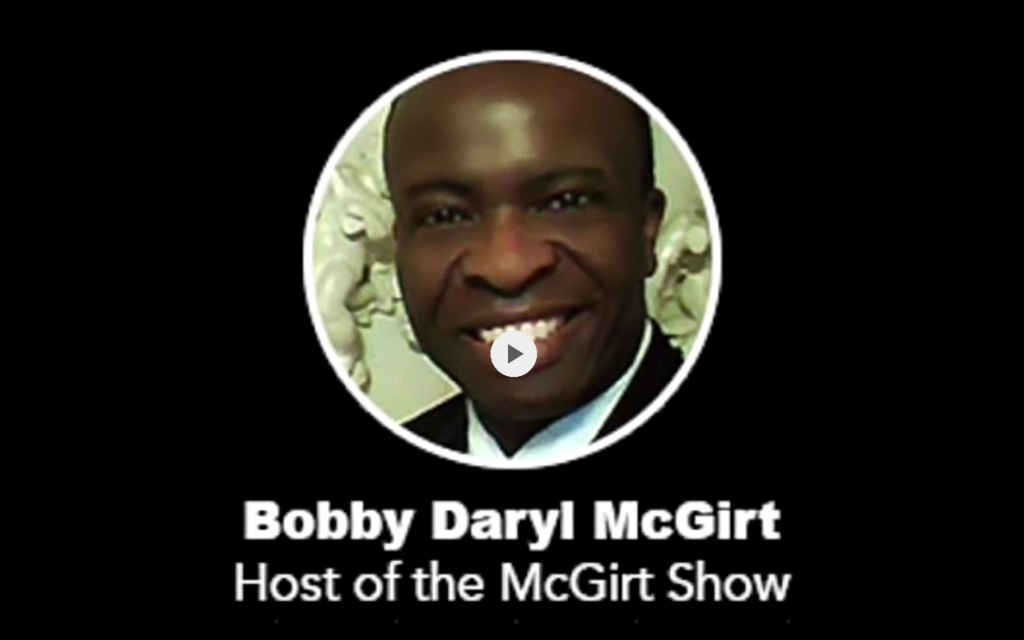 is a member of the of the White House media press pool, holds a U. S. Patent &Patented: Inventor Registered with the U.S.P.T.O of Washington DC 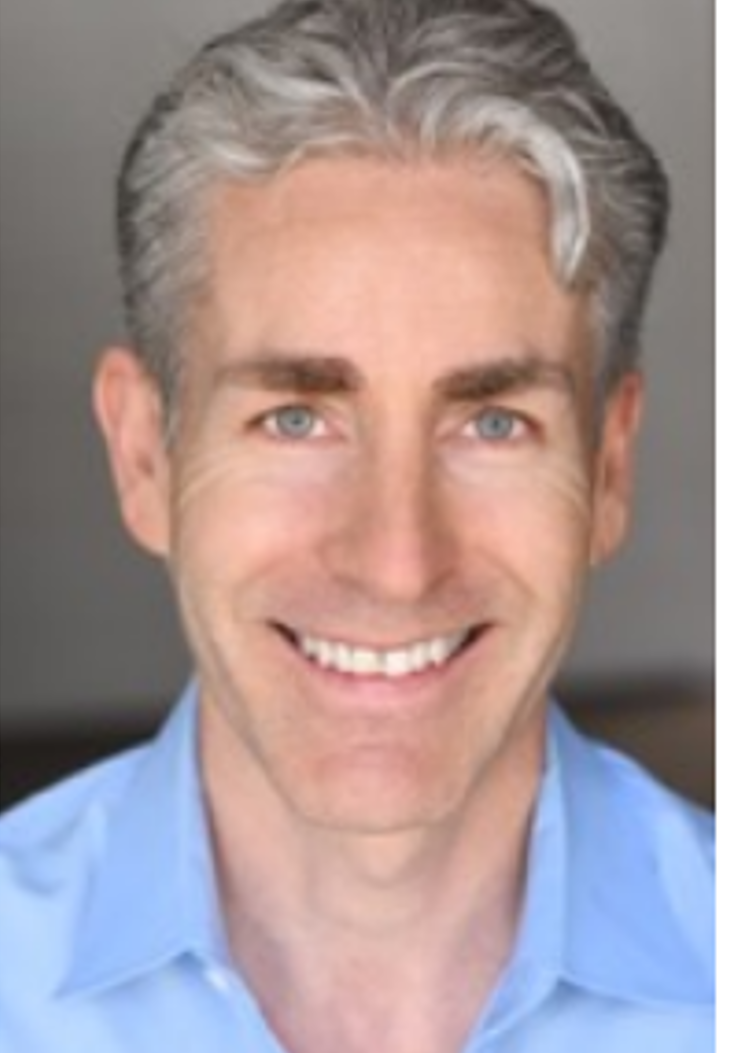 Listen to them on Vamo-radio.com * Win Charles - Born with Cerebral Palsey, Win Charles is an empowering and inspiring leader who is a celebrated author, offers her own reputed podcast, “Ask Win,” competed in the Iron Man triathlon competition, and has her unique jewelry line. Adam Avin - Teen with a vision launched a movement in peace, positivity, yoga, stress reduction, and wellness through the mascot and now tv series on PBS known as Wuf Shanti. Their empire spans a series of books, interstitials on PBS and internationally on CTN, apps, school/hospital tours, and more. 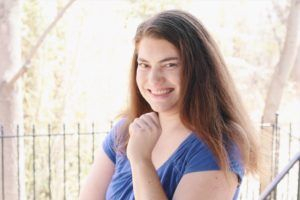 * Alexia Anastasio - filmmaker and producer who pushed passed glass ceiling to become a reputable writer/producer who gives back by empowering women to financial freedom as they pursue filmmaking as well. 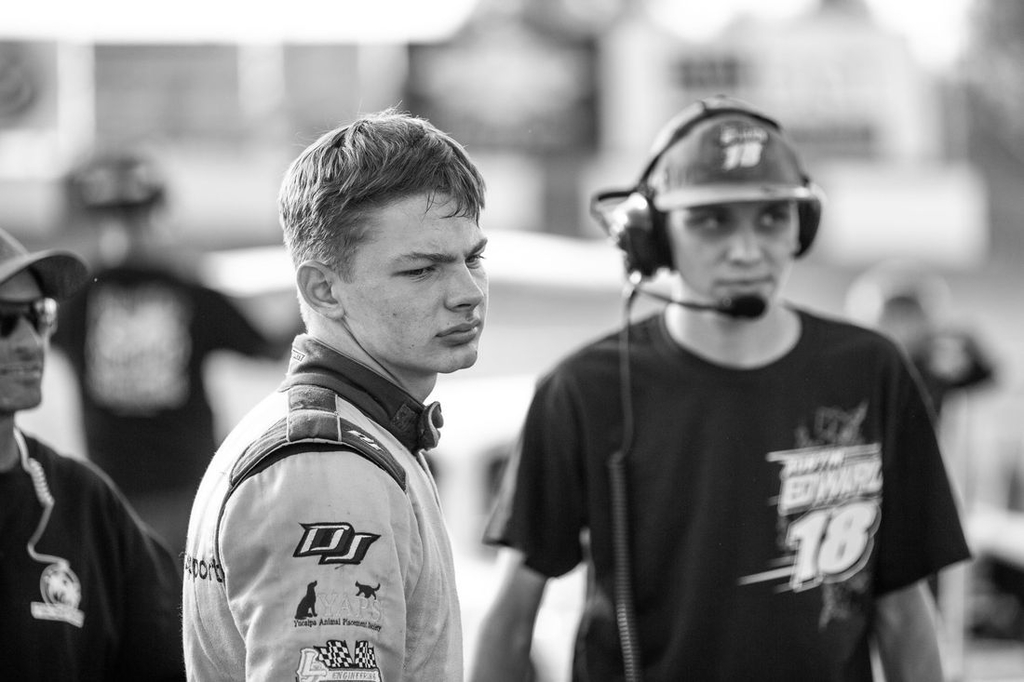 * Austin Edwards - This racecar driving prodigy began at the age of 5, and now competes in the adult division at only 14 years of age! Feel free to reach out with any questions and/or next steps. Looking forward to hearing from you soon. 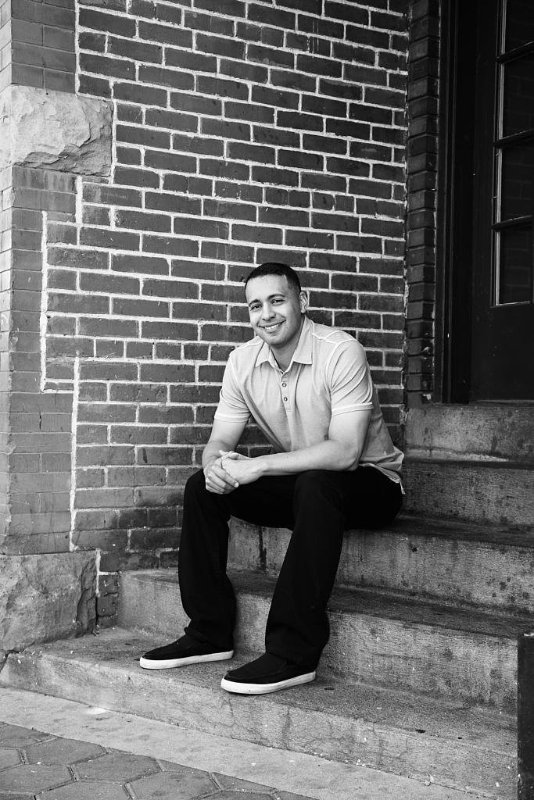 Partnered up with KId Caprin and Fat JOe to give awareness to the issue in Puerto Rico.
Joe Lockett 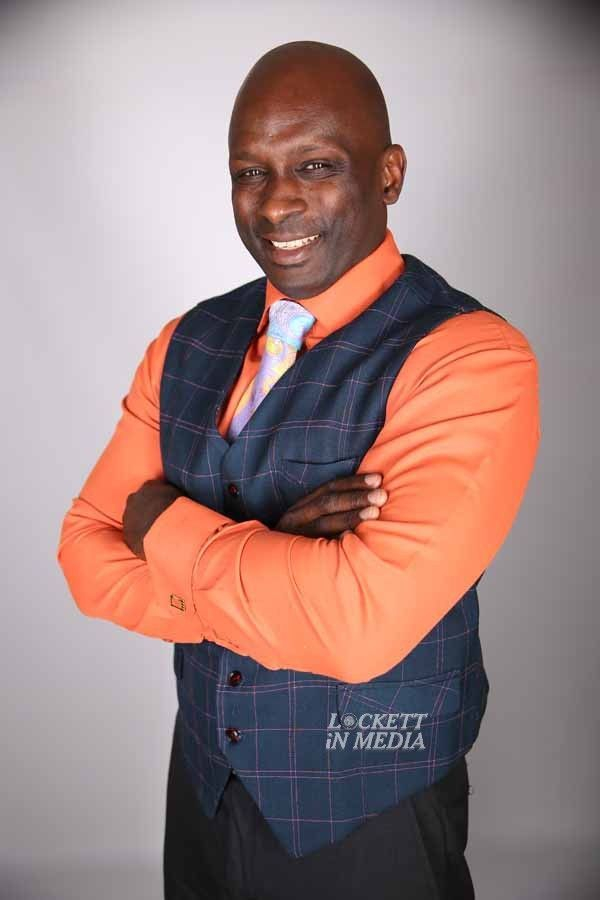 Joe Lockett is the Founder/ CEO of Lockett iN Media, The Joe Lockett Show radio and TV, as well as the visionary behind JL Mentoring Camp and Joe’s Lock & Learn program.

The JL Show: TV - Alabama Cable network and radio WYDE 101.1 FM are news, entertainment and real talk about topics that matter to his audience. It’s a radio and TV show for and about the people and the voices of the community no matter where that community lies.

Community First: The Joe Lockett philosophy would be nothing without giving back to the community. Joe’s Lock & Learn program has given away over 4000 book bags over the last three years. In 2016 Joe created the JL Mentoring Camp for girls and boys, which served 30 families as a result of the free camp.

Joe Lockett created his own sock line Walking In Faith -JL Signature Socks which 25% of the proceeds goes to charity.

Joe has received numerous awards: the Who’s Who in Birmingham, Men of Influence award, Mayor William A. Bell Sr. Small Business award, and William Robertson 2017 Entrepreneur of the Year Award. Joe is married to Michelle Lockett and have three beautiful children.

Kent Malveaux jr left a comment for Blake Jordan
"Love you too bro! Thanks for the support <3"
23 hours ago

Created by Harmony Synclaire Dec 24, 2019 at 3:32am. Last updated by Poze Productions on Saturday.