CHRISTIAN/GOSPEL
NUMBER ONE
JONATHAN ELLIS/MILK LILPIMPPIN
Milk LiLpimpin is from Macon Georgia and I discovered him on Facebook where he signed to do a single with Black Diamond. He is very talented and to my knowledge this is first label recorded song:
https://www.facebook.com/milk.lilpimppin.7?epa=SEARCH_BOX
I
I
I
V
COUNTRY
PLUS ONE
DUSTIN CHAPMAN 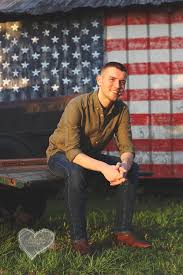 Dustin Chapman is a young singer/songwriter who has climbed hills and entered valleys, as he is in the midst of a budding country music career, but also in the middle of an extreme medical battle with a disease called achalasia; however, Chapman uses his talents to praise God and to uplift others who are fighting their own battles. A mixture of country, gospel, and blues comes together to create his signature soulful southern sound. Writing lyrics that make people examine a variety of situations taking place in their own lives, Chapman is showing that life is expelled through the moments when we take the biggest risks and to never truly discredit anyone’s ability to win a fight. In 2017, Chapman released his debut EP which charted #52 on the iTunes Country Charts and afterwards, was nominated for various country music awards, including Christian Country Song of the Year for his original songs "Set Me Free" and "Lead the Way" at the 2018 and 2020 Carolina Country Music Awards, four 2019 Josie Music Awards, and six awards at the upcoming 2020 International Singer-Songwriter Association Awards. Chapman's song "Plus One" recently was awards the title of "Best Modern Country Song" by the World Songwriting Awards for Winter 2020. Currently, Chapman is writing and recording new music with his overall goal being to show that his songs, lyrics, and musical ventures are not about him, but about the power of music—the power it has to restore brokenness, encourage hopefulness, and breathe life into the lifeless. It was just Chapman who allowed himself to break down walls and enter a place of vulnerability that would eventually result in others doing the same.
I
I
I
V
R&B
ALRIGHT
CHARISMA Charisma is a solo Gospel and R&B Soul artist who began writing poetry and then advanced into songwriting. A native of Pittsburgh Pennsylvania, Charisma says that the intention with her sound is to join spirits together universally.
I
I
I
V
RAP
GREEN LIGHT
YUNG CRAZY FEATURING YOUNG SAVAGE DRE
I
I
I
V
POP ROCK
PRETTY GIRL, BREAK DOWN, PRETTY GIRL
FRANCISCO D'EÃ§a LEAL
I'm a famous portuguese Rockstar, and I live in Lisbon
I
I
I
V
PROGRESSIVE ROCK
ANYMORE
HAIVYN

Description:
A History of Events: second album release from Haivyn.
Haivyn: A History of Events is available now on Amazon, iTunes, Google Play, and just about anywhere else for streaming and download. A physical CD album is only available via Amazon and CD Baby.

L.A. raised, HAiVyN is a female fronted Progressive Rock Band. Playing with multiple combinations of Punk through Grunge, Alternative to Metal, plus some surprises, the end result is theatrical and torrid. HAiVyN is proud to be well received where ever discovered. 0ver the years, Haivyn has had the opportunity to perform at events & share stages with headliners: Korn, Zebra Head, Unwritten Law, Mickey Avalon, Alien Ant Farm, Panic at the Disco, Death by Stereo, Saint Motel, Mother Tongue, Sponge, Shiny Toy Guns, Lit, I am Ghost, Green Jelly, Schwayze, Girl Talk, plus many amazing L.A./O.C./I.E. bands.

REVIEW QUOTES/PRESS:
“Denise, has a voice that ranges from softly soothing to angrily scratchy and intimidating, all of which gives Haivyn’s music a wonderful edge that I find very appealing. Elegantly blending tempos, instruments, and voices, Haivyn isn’t afraid to try something outside the box and doesn’t let themselves be defined by a genre. ”
— MarsBands

*HAiVYN the popular southern California alternative band has added the Pangea Music Festival to be held at Hollywood Park Casino in Inglewood, CA on April 18th to its line up of upcoming shows…..PRESS RELEASE

*The sound is beautiful groovoso, and the mood changes often passing by threatening to scanzonato.
FEMMEROCK WEBZINE (ITALY)

*Denise as the lead vocals shreds with pitches familiar to Janis Joplin, Brody, and Joan Jet, but she still manages to stand out from the rest…BIG SMILE MAGAZINE

*I have actually had a chance to see these folks rock out, and wow they put on a rad
live performance. So before i even get to the cd, I thought I would mention to go see them for sure.
BIG SMILE MAGAZINE

*I owe HAIVYN a thank you for giving me the privilege to hear them taking great old fashioned rock & roll and punk to a new level. I can say beyond a shadow of a doubt that listening to this album, I felt honored listening.
DISTANT THUNDER RADIO (WWE THEME STATION)

“Finally real songs with amazing melody. Plus you get alot of bang for your buck.You won't believe how alive L.A. rock is until you hear Haivyn: Totally original with every thing you love about Hard ROck! ”
— MICHAEL JOSHUA, CdBaby

I
I
I
V
ROCK
DREAMS
BARBIE WILLS DYMOND

Barbie and Wills write all original music together sharing ideas as each track is created. Barbie plays keys and does vocals. Wills plays keys, guitar, bass, drums and does some vocals as well as producing the recordings. We hope to impact someone in a positive way today <> As always, thanks for listening !
I
I
I
V

CONGRATULATIONS TO ALL XMA-APRIL 2020 WINNERS!!!

THE DEADLINE EXTENSION TO CLAIM AWARD IS 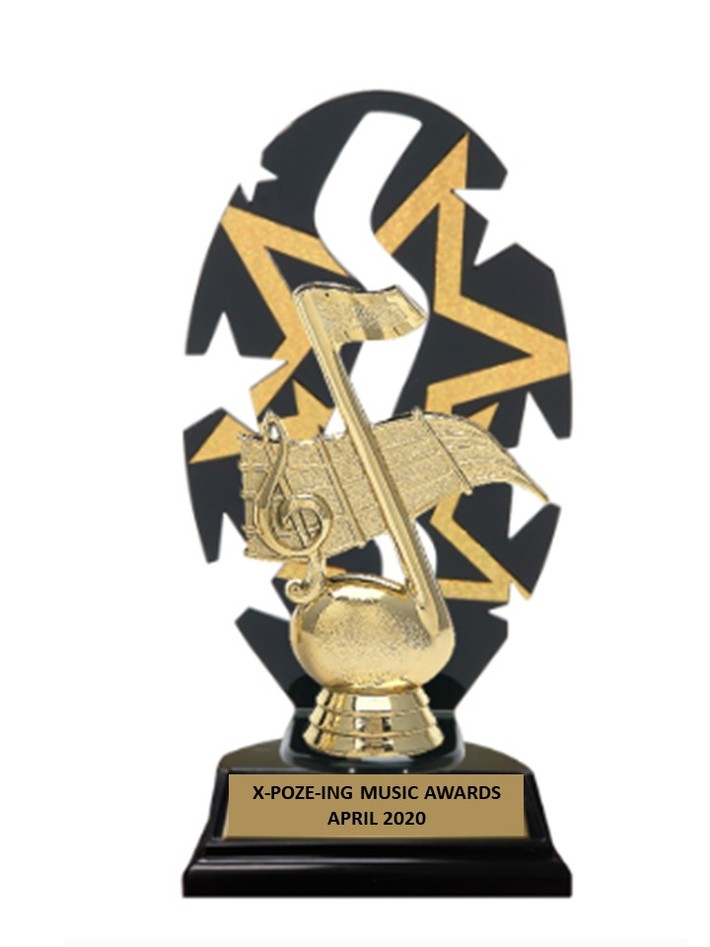 DJ Blitz is spreading the most positive vibes through each of his releasesDJ Blitz, the Anonymous DJ resides in Miami and is an Electronic Music Producer, Independent Artist/Songwriter, and highly sought-after Club…See More
20 hours ago
0 Comments 0 Favorites 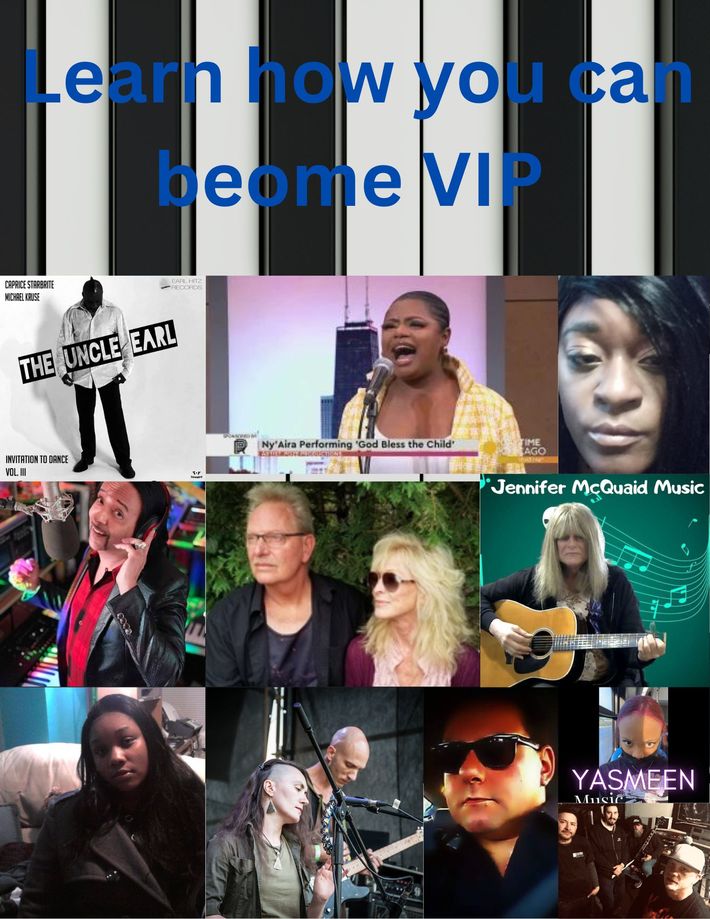