Uforia - What It Means to You

Uforia – What It Means To You 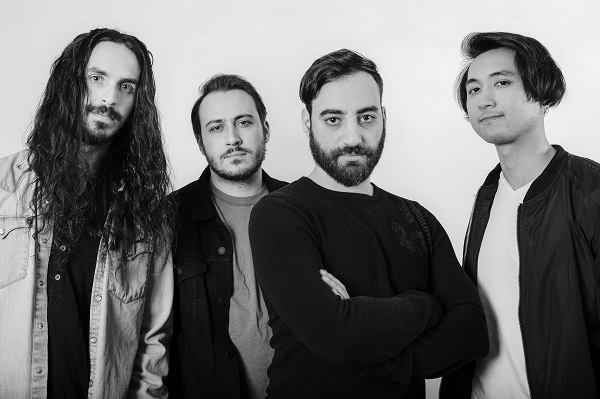 TORONTO, CANADA – The perfect song for Mother’s Day is the sentimental alt-rock hit “What It Means to You” from Canadian band Uforia. Just in time for all those sons and daughters who want to show their mothers an extra bit of appreciation, this song hits the perfect kind of vibe that not only says “I Love You” but touches on nuances of relationships that are unique to mothers and their children.

“It’s a song that actually started out as a joke that me and my sister wrote about my mom,” said Uforia lead singer and guitarist Michael Ursini. “We were brainstorming ideas of what to get her for Mother’s Day and I figured I’d just write a song for her. It turned into something very sentimental with a deep appreciation for who she is. It’s an emotional tune and it goes hand-in-hand with Mother’s Day in a way that will connect with a lot of people.”

Uforia is a rock band that has been performing in Toronto and along Canada’s East Coast for the better part of the last decade. Made up of Ursini, bassist Daniel Salij, drummer Dylan Piercey, and lead guitarist Richie Nguyen, the group boasts a sound that brings back memories of late 90s and early 2000s bands Our Lady Peace or Better Than Ezra. Ursini’s voice, in particular, resonates in ways that at one point feel familiar and at other points surprising with nuanced originality. The end result is a one-of-a-kind sound that is finding a unique niche within today’s rock scene.

“I think our songs are crafted with high quality and show off our drive and passion for Rock,” Ursini said. “There are a lot of people today making Modern Rock and mixing it with things like Trap or other genres of music – and everything is going very digital. But we’re trying to stay away from that. We’re staying organic and trying to write songs that stir up emotions in people. I hope our music is known for staying true to real composition and instrumentation, while also going outside the box just enough to not sound like any other band. If anything, we’re a mixture of all our favorite bands in a way that creates sounds that you’re familiar with and love, but which are unique and true to who we are.”

And at the end of the day, Ursini said the band wants to create music that elicits the kind of emotion for which their band is named: euphoria. “That’s what we want the audience to feel when they hear us,” he said.

While doing their best to embrace the new age and modern pop sensibilities, Uforia refuses to surrender the hard-hitting, distorted, body-rocking, mind-bending rumblings they came up with. From Rush and Pink Floyd to Incubus and Billy Talent, Uforia aims to continue the legacy of Rock that has informed their creative styles.

Following the success of their Mother’s Day hit “What It Means to You,” Uforia will be promoting two more singles, “Crawl” and “Say What You Want.” And they have two unreleased singles coming out soon called “Start Me Up” and “No Divide”.

Uforia is also in the early stages of a recording contract by a label in Vancouver, and will begin touring along the East Coast again once the social distancing orders are lifted.

To listen to their music or to follow them on social media, please visit:

“What It Means To You”

Kyron Brewington, professionally known as Thee Kidd, was born to La'rhonda Espie and Karl Brewington in Los Angeles on October 12, 1997. In his early years, Thee Kidd was raised by his mom. He was then raised by his grandmother in Inglewood, California throughout middle and high school. Thee KIDD took an interest in rapping during his junior year of high school with his…See More
Thursday
0 Comments 2 Favorites